After a busy few months (ultra distance runs and races most weekends) I got a last minute waitlist place into the Lakeland 100 and decided to go for it. The only reservation I had was what effect running 80 miles the previous weekend was going to have (I won the 12 Labours of Hercules race in the Peak District - a great event from Beyond Marathon check that post out too!) 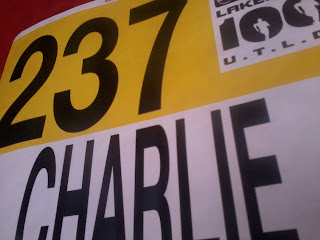 Pre race expectations were that it would take between 22 and 24 hours depending on conditions and I was expecting to end up in the top 5. I planned to start slow and keep a comfortable pace and see how the legs felt later on and tried to ignore any timing information if possible. 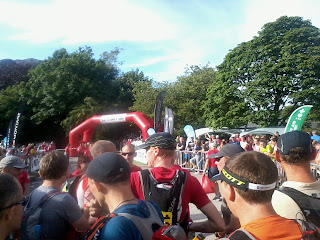 I reached CP1 in 27th place which was not really as far back down the field as I would have imagined but had enjoyed chatting to various runners along the way. The legs had felt a little stiff after driving up and sitting down through the race briefing but by the time darkness had set in and a few cps had passed we had reached Keswick I'd pulled up into the top 10 already and was feeling much better. 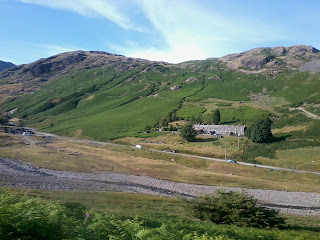 I spent most of the night running with 1st lady Lizzie (Ladies beware!) as neither of us were very familiar with this part of the route and it was good to keep us both on track. I felt like I was running effortlessly during the night and aside from neither of us knowing this section of the route well we had a few stoppages to get the road book out and scratch our heads we moved quite well. When it came light I moved ahead to the halfway at Dalemain. Although we had drop bags here I didn't really need anything apart from a hat and didn't bother sitting down to eat a cup of custard and a cup of tea I was in and out in I guess 5 minutes. I don't really like to linger at checkpoints but sometimes it's nice to see friendly faces and absorb some of the enthusiasm from the various crews supporting the event. (The marshals were totally amazing! They had really gone to lots of effort to theme some of the checkpoints) 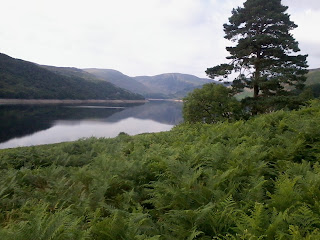 I only saw 3 runners over the next 50 miles but enjoyed the atmosphere at each checkpoint along the route. With it being quite warm I kept a steady pace and tried to drink both 600ml water bottles between cps. I knew this part of the route so didn't really have to worry about directions and just took it one cp at a time, I felt great mentally all the way through really aside from the legs feeling a bit less nippy than usual. The Delamere Spartan Army was in force at the Mardale cp, sorry I wasn't more talkative but you guys were great!

The next section has a nice climb to get your teeth into and a long descent to follow before hitting Garburn Road and heading over to Troutbeck. I quite enjoyed this section and a bit of shade in the woods before Ambleside was welcome! It was only as I ran through Ambleside when somebody shouted I was only 33 mins away from 3rd that I thought about getting a bit more competitive. I jogged into the cp and got some more water before heading off up and around Loughrigg.

From Ambleside it's pretty good running lots of flat and no major hills but for some reason I had been thinking there was a checkpoint at Chapel Stile and at Langdale.... I was racking my brain trying to remember where they both were as it seemed as though they would be really close together, obviously they are the same place. Just before the camp site track that leads to the cp a big yellow helicopter was landing so I paused to watch for a moment before heading on to the penultimate cp where the current 3rd place was having a breather. I gulped down a cup of tea and cup of coke before setting off in pursuit of 2nd ensuring I built up a good gap to stay on the podium (I managed to put over an hour gap between us in the last 10 miles or so) at this point 2nd place Ed was 40 minutes ahead of me so I had some work to do!

I reached Tilberthwaite cp quite quickly and  had closed down a 12 minute gap to 2nd place... Game on! I hiked the big stone steps up from the car park and then ran on the wrong path to the river! Bugger! Turned around and ran back to the junction and up the hill. As I reached the top I could see current 2nd place in the distance and was on a mission. He couldn't answer to my pace on the rough descent after initially trying to keep up and shouted well done before dropping back, I kept a good pace, just to make sure, all the way down through Coniston and to the finish with the last miles being 'rather quick' I held him off and built a 5 minute gap with Mr Mills having already finished (well done matey!) 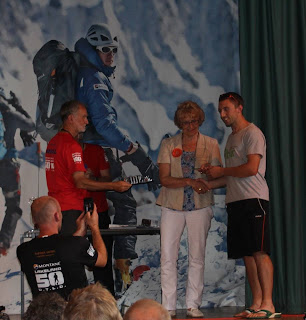 The atmosphere at the finish was amazing and it was great to be part of the race! Will I be back next year? we will see! Got to sort out my schedule (which will involve less races and more focus... rather than doing events weekly perhaps) 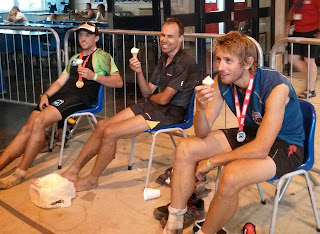 Posted by Charlie Thatruns at 20:00