Excalibur Marathon (also has a walkers option and a half marathon option) takes place just over the boarder into Wales in the Clwydian Hills (highest point 500 and odd M so not really mountains) I clocked 1800m of ascent and came in a couple of mins off 4 hours. I'd heard of the race a year or 2 ago but didn't fit it in, this year I spotted a gap in the calendar and thought brill that'll do! Then I looked at the following week and saw the Apocalypse 100 miler and scratched my head for about 5 seconds before entering. I saw a picture uploaded of the winners trophy (see below) and got a little bit excited!

I'd done some easy runs the week leading up but decided that I'd be sensible for a change and take a steady approach just stick to a comfortable pace and have myself a longish run before Apocalypse. Thursday afternoon I briefly spent some time bent over a filing cabinet with an elbow in the glutes (thanks Richard) another easy run Thurs and Fri, packed the items off the kit list into the race vest and was all set.

Numbers and t shirts sent out along with lots of detailed information beforehand which was helpful. Pretty easy to find the start and I'd been there before in the past, time seemed to fly through the morning and the 10 am start was soon upon us. There was a kit check at the registration, it was pretty breezy and fairly cool to be stood around so I waited until about 9.55 before ditching the trousers and jacket and jogging to the start line where there was a good catch up with some Spartans, friends and other local runners, a client and Sports Sunday manning the cameras! 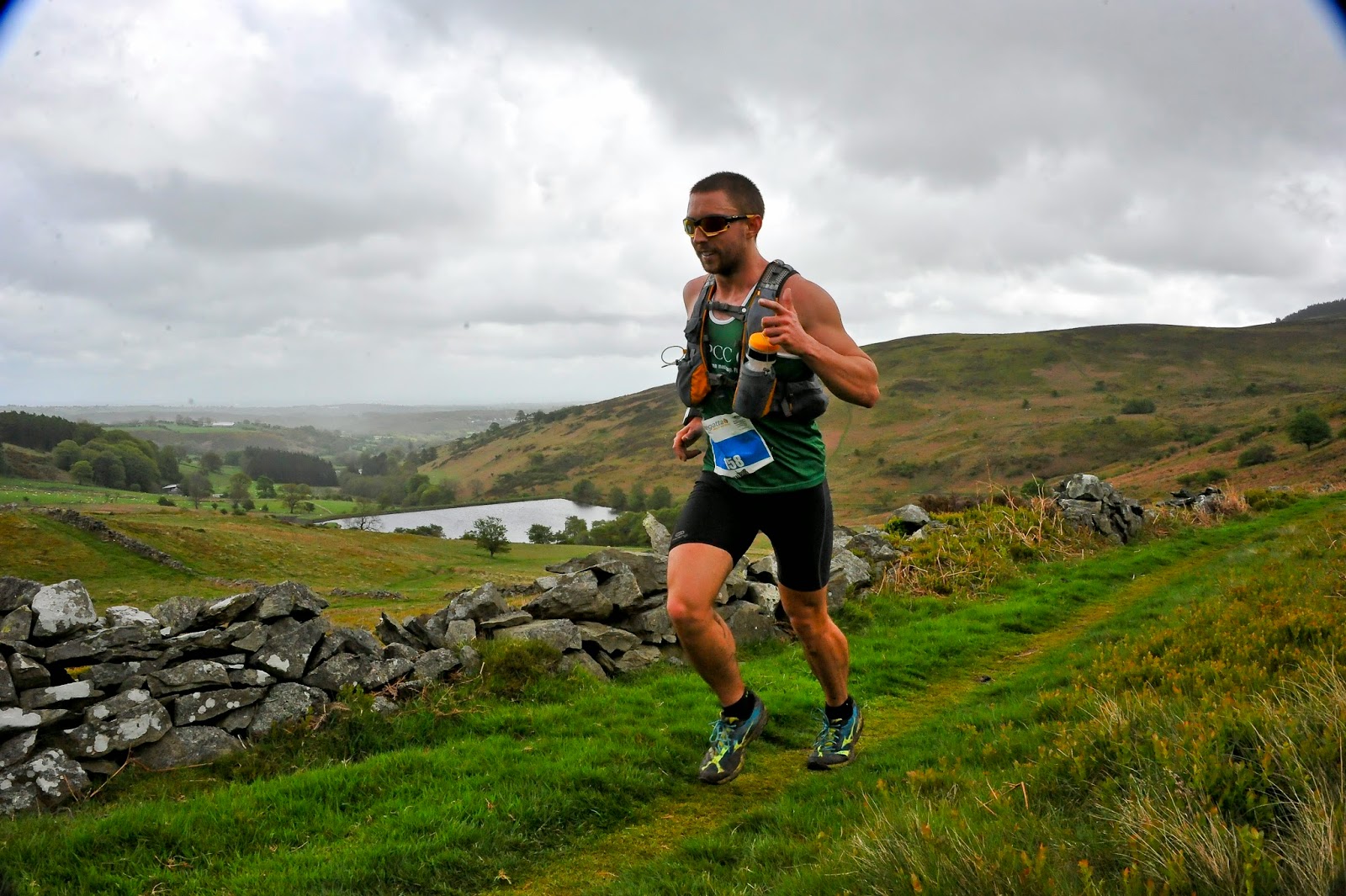 The race started bang on time, I was pretty close to the front but stayed right at the side so I'd not get in anybodies way, a very enthusiastic Richard and Gary were out in front so I thought I'd sit behind them for a bit, I was a little surprised to be so near the front but didn't think too much of it so early on. After a mile or so there was a marshal and the path forked with arrows pointing both ways, Full to the Right, half straight on... both runners in front followed the half route, I shouted to them 'Where are you going it's this way for the full' to a reply along the lines of 'Yeah we know, have fun!' I completely forgot they were doing the half...

The route winds through the forest initially with some gentle gradients both up and down, I emerged around a corner a few miles later mixed into the half marathon runners who were following the same course for the next 10km or so which gave me some to talk to as I managed to creep past.

Plenty of marshals dotted around and arrows and signs marking the course were just right, aside from walking up to Moel Famau and following the Cilcain Fell race route last year, I didn't really know the area though it would have been difficult to get lost (though not impossible hey Mr Hack - Ultra Runner ;) )  The route took in quite a lot of elevation compared to what I was expecting although none of them felt particularly long there were some short sharp bits (bearing in mind I've been doing a bit of training in the Lakes and Snowdonia recently rumour has it that some rather long' hill reps' might have taken place, if you're used to road marathons then the hills here would definitely be a shock to the system) 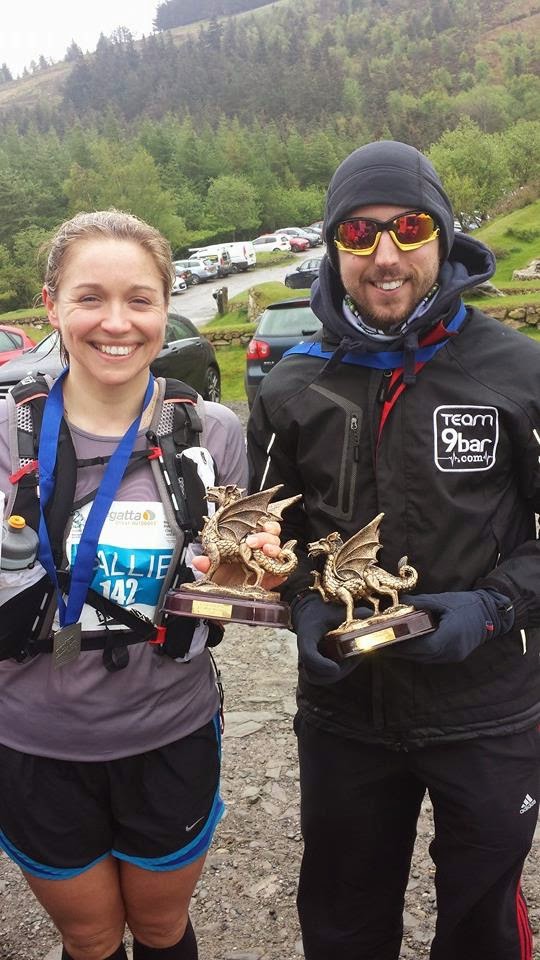 The only part of the race where I had any trouble was around 22km on Penycloddiau
just before descending down to the aid station. I spotted a sign quite far off the path to the right on a really small track through the heather and stopped to look around as it seemed to be in an odd position, as I walked towards it I saw it blow further away and realised it wasn't attached to anything, I got the map out to see what the route should have been and decided I should just keep going ahead to the summit and look out for another arrow as I appeared to be on course. Luckily I was so ran on.

All the Cps had plenty of drink and snacks. I drank about a litre of water through the run and picked up some Jb's but never actually got around to eating them. From perhaps 28ish km onwards you're heading back towards Moel Famau along farm tracks with a few gates but no major climbs until hitting one of the earlier cps for a second time, just here I said a quick hello to Mr Holt who was crewing for Sallie (Female Winner) after the aid station probably the most challenging climb I guess for most runners (22miles in) seemed quite nice on the way down at around 10ish miles hey? Some friendly runners descending who seemed to be having a bit too much fun. After this the route undulates back to Moel Famau which is fairly good running before getting a little steeper towards the end. The summit was 40km and I knew the path down wasn't that far a quick glance back and there was nobody in sight so no sprint finish required, If I'd had looked at the time I might have put a bit of effort in for the Sub 4 hour, I'll save that for another day.

A rather awesome trophy and a medal along with about 8 hot drinks and some stew whilst sheltering from the wind, I think a lot of runners got caught in some hail and showers too. I actually had to hold my number on during some of the more exposed bits. It was great catching up with everyone at the finish!

Overall a great event, smooth organisation, challenging course and nice area! If you're after a well marked but challenging trail marathon this would be worth a look! 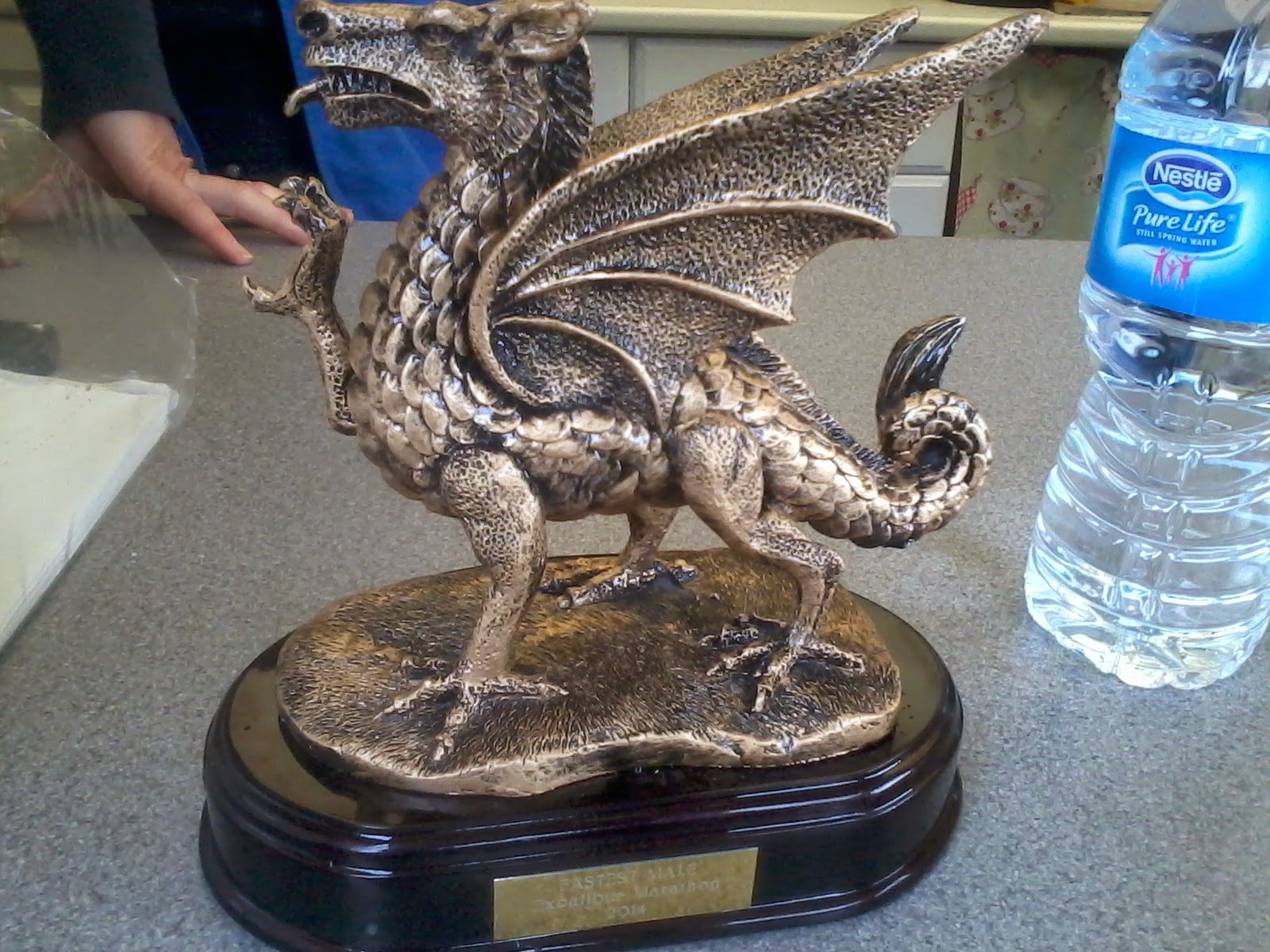 Posted by Charlie Thatruns at 17:10