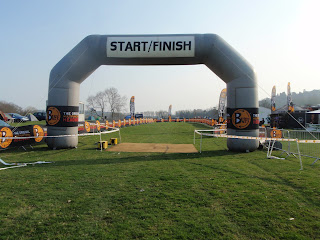 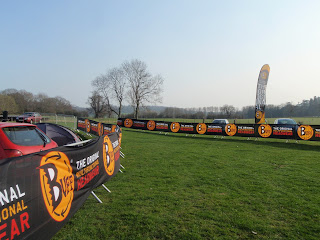 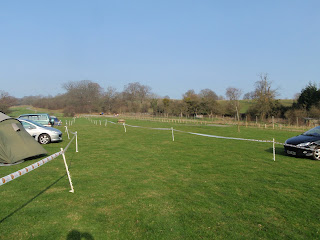 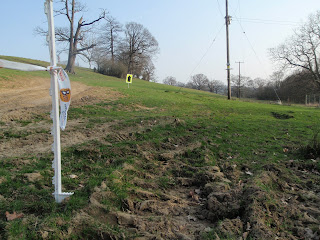 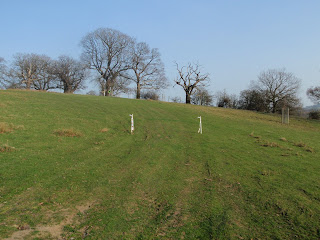 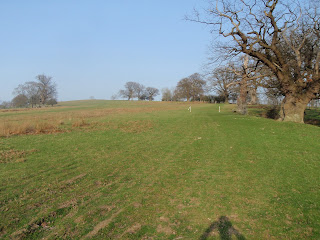 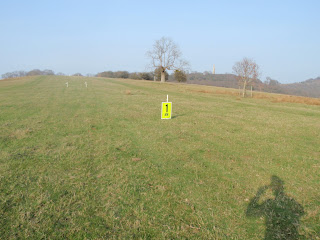 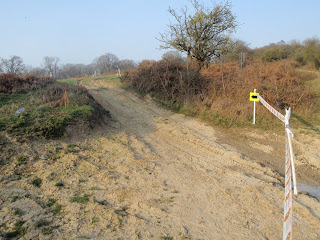 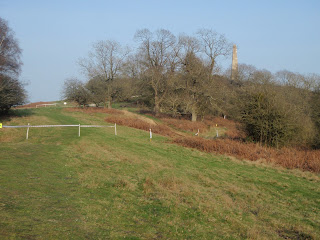 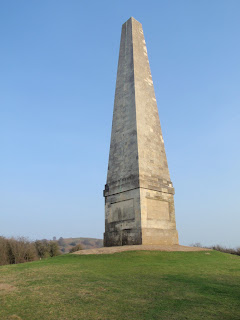 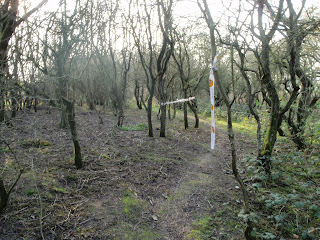 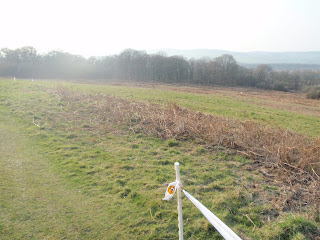 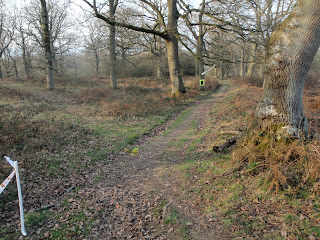 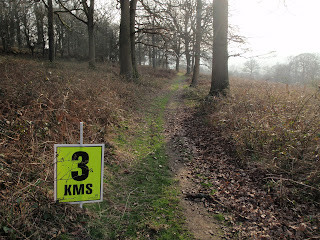 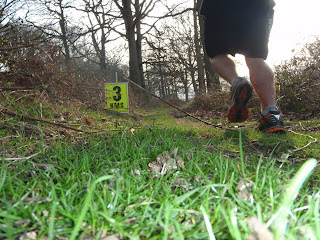 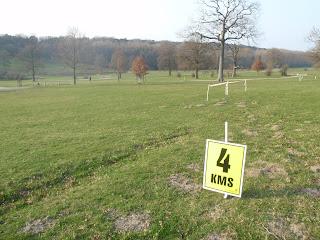 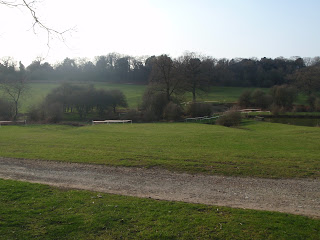 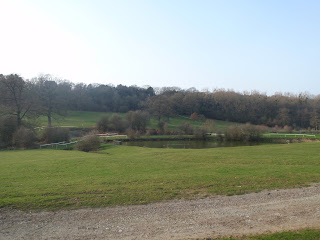 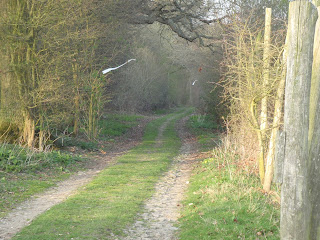 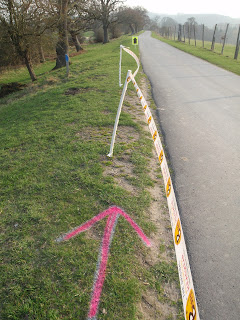 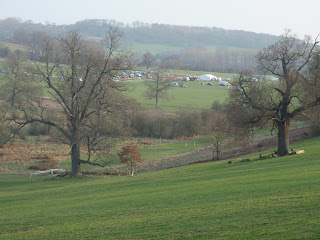 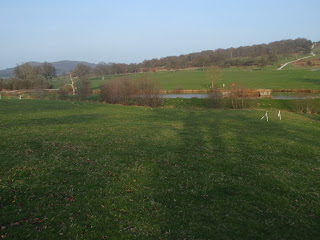 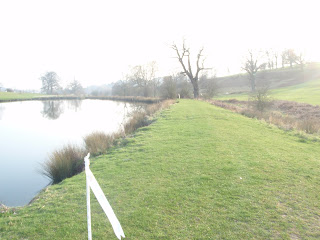 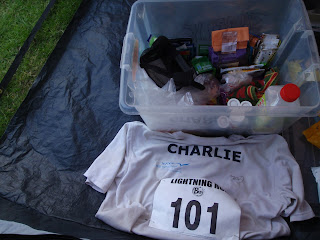 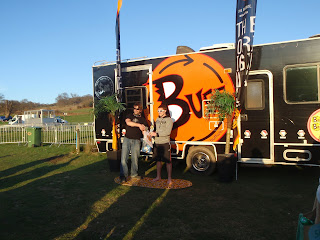 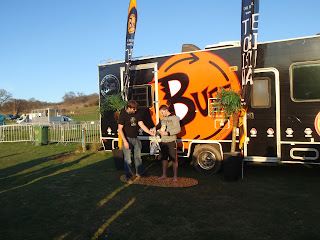 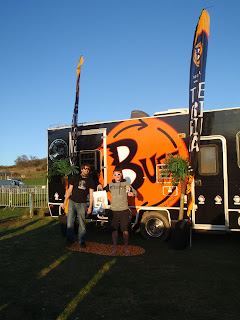 The event offers free camping right next to the course for the night before and after the race which I decided was a good option being a 120mile trip and a 6am race start, along with the clocks changing forward meaning I would not really end up going to sleep had I travelled down straight from home.
I eventually arrived after numerous diversions all over the place due to people crashing and things like that. Saturday afternoon was very warm I imagine just nibbling around 20 degrees. I got my tent set up and had a bite to eat before jogging around the majority of the course taking the above photos! The course was a little longer than last year and seemingly a little hillier with a water station at half way.
The aim of the day was to complete as many 10k laps as you can within 12 hours (6am until 6pm) if you finished a lap before 6pm you could continue eg (5.59pm you could go again) although if you finished at 6.01 then too bad, you're finished.
A bit of pre race confusion for me, so I was camping the Saturday night, I wasn't sure if my phone would auto update the time or not sooo, I set the time forwards 1 hour and set the alarm for 5am. I woke up during the night wondering if I had missed the alarm or not, turned the phone on, 3am.... hmm definitely too early, back to bed then the alarm buzzed I woke up and looked outside, nobody moving, no sign of any life, a bit odd an hour before the start I thought... I made a quick call to a friend driving down who was leaving around 4... And  yes it was just after 4.... how inconvenient, back to sleep which seemed to take ages, when the alarm finally went at the right time I was tired and didn't feel like getting up. I wolfed down a 9bar, couldn't be bothered to cook anything and got my kit on which was all ready the night before.
I set off at what felt a comfortable pace with the aim to get around 12 laps and not doing anything too crazy that might bugger me up for the Viking way on the 7th April (it's a long 'un)
The first lap was in the dark due to the clocks changing. My first few laps were low 50minutes which felt fine at the time before the heat had picked up, I began tipping water onto myself from about 8am although I didn't really drink or eat much until gone 10am, then I was putting down 1 litre each lap and tipping a cup full over my head every 5k.
Started to settle down around lunch time, and was apparently running somewhere along the lines of 2nd or 3rd. The laps slowed down a little just after lunch when the temperature crept up a bit more and I carried on ticking off the laps and keeping food and water topped up, leaving me feeling quite energetic towards the final couple of laps. Somewhere just under 11 hour mark I passed a chap who was in a bad way, running not being particularly pleasant for him as he was having some leg issues, he was current 2nd place. I stopped and walked with him for a moment, just to make sure there were no bones hanging out before running on to the end of the lap. In this position 4th place had declared his 9laps and already called it a day, 1st place was still trotting around happily and so between myself and 3rd place, we could either go for 1 more lap or call it a day at the end of this one. I was still running well and un injured so 3rd place Mark would have had a hard time beating me around another lap to try and grab back 2nd place, however if he completed a further lap and I chose not to then he would also get back his 2nd place. Although neither of us were too concerned, I waited at the end of the lap and sat in the sun chomping down some grapes another 9 bar and a few sandwiches until the next 30mins passed and 12 hours was up. I suppose that is the only problem with laps, If you do not HAVE to go for another one to keep your position then why bother? Unless you are trying to beat a record or push yourself as hard as possible, it would only leave me with an extra 10k to recover from, being close to the Viking Way I was more than happy to call it a day and grab a shower!
Brilliantly organised event, I am sure next year will be just as good although the weather would take some beating! There was a substantial stack of prizes, I received a head torch, a waist belt bottle holder, a Buff shirt, a Buff and some other edible goodies along with a medal and a Trophy, 2nd again and a brilliant weekend!  The race is also open to teams who complete in relay fashion, upto 5 people in one team or you could run as a pair or a 3. This would allow people of all kinds of abilities the opportunity to have a great day out without worrying about navigating (heaps of marshals who were all very patient and encouraging!) a marked course and multiple laps so you are never too far away from safety!
I would love to go back again next year depending on the plans for races!
Posted by Charlie Thatruns at 20:38