On my way!
Basically we have a 10k off road course with a few ups and downs and the aim to complete as many laps as possible until 12 hours (6am until 6pm) at 6pm the finish line closes so basically if you get there at 11hours 59mins you can go around again, if you get there at 1 second over 12 hours then you finish. Depending on your tactics you might speed up to make it around in time for an extra lap, or you might deliberately dordle around slowly to prevent reaching the end in time for another lap!

This time last year I was travelling down to start my longest ever race! It was to be my longest run time wise although I had hiked for longer whilst in New Zealand! I had the idea of just maintaining a steady pace, hiking up the hills and jogging down and on the flat. I had camped the night before and was up around 5 for an early start at 6am where there was already plenty of activity. Somehow it took me ages to get ready and with 5 minutes to go I was still considering where my running clothes were. I literally got onto the start line near the back as the race had just begun.

There were a lot of teams in the race doing a relay and not that many solo people (around 30?) I just moved around at what felt comfortable bearing in mind how long there was left, I had a good system where I would collect some food each lap and continue around minimising my stopped time. It was a warm day and a nice course, although laps aren't my favourite there are numerous advantages, you know exactly what is coming up, you can get into a rhythm, the food and drink station is the same every time, social aspect of passing and being passed by other runners and you get that morale boost every time you hit the start finish area!

Mid afternoon and I was still moving and didn't feel too bad considering, it had become apparent that I was in the top 3 and I was quite surprised, this helped to keep me motivated, knowing there was someone to chase (Adam Harris) who I never did catch on that race! Coming towards the end Colin a runner from near home who I had met at a few local marathons passed by on his way home from a marathon in the area and that was a brilliant boost to see yet another friendly face!

The final lap was quite tiring but I ran with a chap from a team doing the relay and he helped keep me going until around the final 5k of the lap I had a massive surge of energy (or I just wanted to finish and get it over with) I manged to pick the pace up and pass a number of runners into the finish with a sub 24min final 5k. 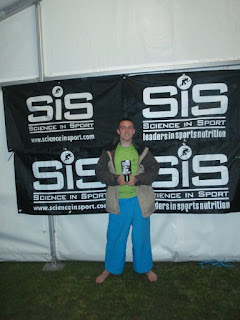 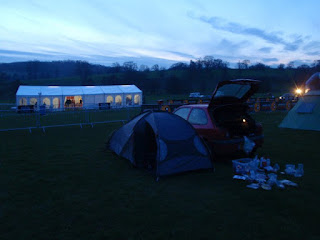 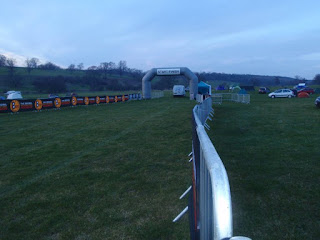 Since then I have much more confidence and experience at the distance and time running although I will bear in mind the Viking Way on the 7th April (all 148 miles of it) although i'm expecting over 150 by the time I have made some un planned detours in the wrong direction. It will be nice to enjoy a relaxed long run tomorrow. Last year I managed 12 laps, this year? Who know's?
Posted by Charlie Thatruns at 09:21