As part of a 'more relaxed' August (not running ultra distances most weekends like the past 3 or 4 months) I was lucky enough to be able to take part in the first Run To The Castle 40 mile Ultra race. It also coincided with the 9bar team weekend so most of the team were there to do some running and get together to meet new team members and catch up with the others! Also great to see my client Julie completing her first 40 miler! Now a serial ultra runner ;)

The route was following the Welsh Coastal Path from Aberdovey (Aberdyffi?) up past Barmouth to Harlech where a castle would await us. Varied terrain, some beach, some tracks and quite a bit of country lane. Generally the route is pretty flat with some small hills somewhere after the first CP. Also perhaps the only race in the UK to cross a nudist beach?

A very casual start all around really, nobody raced off or made any attempt to disappear so I enjoyed some chatting with Caz and Kelvin and a few other guys out on course. There was a small pack of 6 runners followed by myself and Kelvin for the first few miles upto the first CP at about an hour or so into the race I guess (didn't have the watch going - first time it let me down with the route map although it seemed to be a problem with the tcx file I used and watch is all good now it appears...)

At the CP in a lay by the group of 6 all pulled in to eat and drink which I didn't really feel like so carried on moving into the lead. A quick hello to Richard Kell and then I didn't see anyone else after that all the way to the finish in 5.21 first place. The route is pretty well marked once you get used to the signs and there was additional paint on the course too in places. All the cp volunteers were really supportive and big thanks to them for looking after us all! 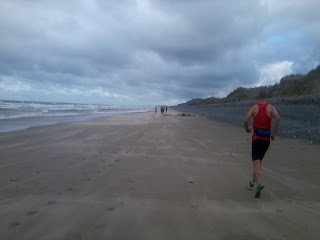 Some small hills in the middle of the course although not very big or long. There was heaps of food on the CPs ( I had a good handful of JBs but didn't stop long enough for a picnic) 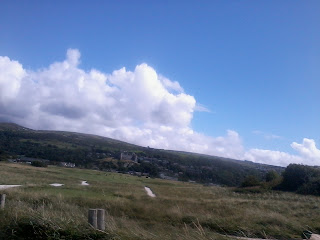 After a few hours I was over the 30 mile point but not sure on the exact distance I'd run and running along the coast again trying to see where the castle might be ahead... (it's up on a hill so thought I'd see it a long way off) anyway no sign of it but along the coast what looked like miles and miles away there was a hill close to the sea. (I think it was near Porthmadog a half hour drive up the coast from the end in hindsight) I couldn't believe how far away it looked as I dropped down some big steps to a nice wide beach. I was looking ahead and going through my head trying to figure out how many hours away the hill was...
Next I saw a familiar sight... some red and white posts near a track through the sand dunes. I had seen this on the newsletter that Denzil had sent us before the race and followed the track, suddenly out of nowhere the castle was infront of me about 800m away! I couldn't believe it. Over joyed I put a bit of speed in whilst texting ahead to the finish to say I would be 5 mins... Then about 60 seconds later the finish was actually just in a car park before the castle which I almost ran past. 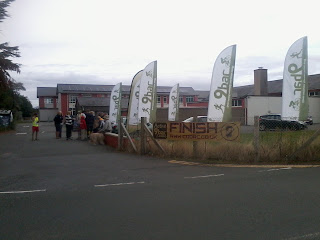 If you want to check the race out for next year it's on again I believe the 24th August.
www.codrc.co.uk for more information... 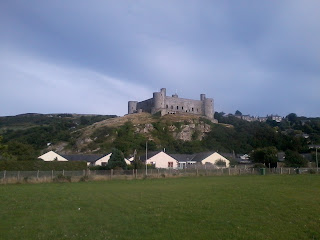 WHAT A MEDAL! Well worth the run when you get a medal like that hey!? 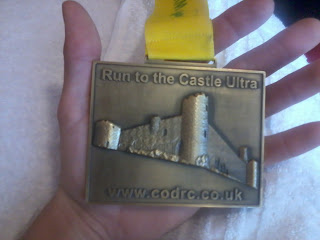 The following day a quick hour out running near Porthmadog meeting Robbie Britton before team 9 bar breakfast in the hotel then on to Snowdonia for an afternoon of running up some real hills!

Bank holiday Monday was a trip to Llangolen and the famous viaduct and a trip to the Cilican Fell race near Mold and Moel Famau. 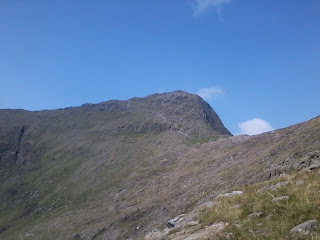 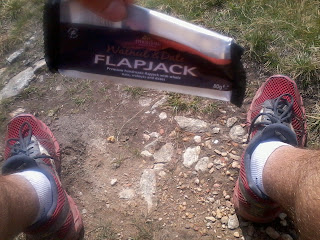 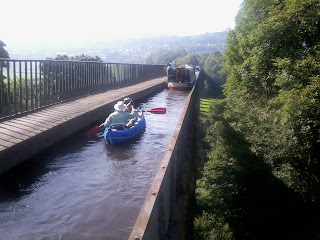 Posted by Charlie Thatruns at 17:39