Here is a few words on some of the most memorable races
Tough Guy Jan 2011. Basically for those that aren't familiar, imagine a cross country run around about 10k.....Add some trenches full of water, multiple laps of a short and sharp hill, obstacles, nets etc ..... Then follow it up with an obstacle course with giant cargo nets, tunnels, tyres, high ropes, a lake, trenches full water, some barbed wire, hurdles and a few electrified obstacles, all this done in freezing January conditions. All the water was frozen for the front runners, I managed to cut and bruise my shins pretty good on the ice. After the event I spent about an hour shaking and a further 3 hours shivering with as many layers as I could wear at once... a very stimulating experience and having also done the summer version (Nettle Warrior) Im certainly not in a rush to go back and do it again!

London ultra 50k in Feb being my first 1 day ultra race, (I did the Gobi Challenge in 2010 my first running event) i was loaded up with a 25l pack with enough gear and food to sink a ship or survive in the mountains for a week! - I used hardly any of it, got lost numerous times putting about 4 extra miles onto the race distance, muddier than i expected, but a great day out. I was around 32 nd position


SIS Lightning 12hour in March being the 2nd ultra of the year i managed to finish 2nd place solo too. Based around a 10k trail course- that felt hilly at the time, the aim to complete as many laps as you could in 12 hours, I managed to equal the leader with 12 laps although about 30mins slower than him. Being twice as long as I had run before it was very much unknown territory, one I will be keen to try again this year!

Adidas Thunder run 24hour in July. This event has a great atmosphere! The amount of support is amazing as there were hundreds and hundreds of people taking part (categories from 8person relay teams right down to pairs and solos) the aim again complete as many 10k laps of the undulating trail course as you can. I managed 17 laps putting me around about 6th place exceeding my 100mile target which I was happy with although I did get a bit lazy once I realised i was going to make it!

Peaks Ultra 40miles Aug. Being only 70miles away from home I decided to cycle to the race near Derby the day before (Im not a cyclist as such but while the weather was nice in summer (was summer?) I became quite adventurous! Meeting plenty of friends on the evening for a good feed ready for the race on the Sunday morning.Starting the race at a relaxed pace towards the back of the pack as the first mile stuck to a canal we then arrived at the first hill. As the race progressed it became a nice warm day and I was enjoying running between the fields and tracks and quiet country lanes, I had passed quite a few people then came the final 30mile checkpoint where I was informed I lay in 2nd position about 17minutes behind the leader, to my surprise. There was an undulating road section from there then a couple of corn fields and coming to the bottom of them I swiftly passed the leader and ran on the final 6 or 7km to the finish. I cheered in friends as they arrived then began the 70mile cycle home. This began very slowly especially on the nearby hills, after about 90mins made a food stop and refueled. By the end i was feeling pretty good again but ready for bed!

September I had a phase of hill training using a few different races in the Peak District for training runs for the Ultima Frontera 160km. A 40mile, 50 mile and 56mile, all done at a comfortable pace (tried to imagine my pace for the 160km) I also managed to squeeze in HELL RUNNER in Delamere Forest, an 18km trail run taking in as many hills and bogs as possible including chest deep mud and the infamous Bog of Doom. I had a good performance winning in 1hour 20mins 3 minutes clear of 2nd place. An enjoyable month!

Nottingham Ultra 50km in October was my longest run in Oct before Ultima Frontera 160km. I planned to take it at a comfortable pace and save my energy for Spain. From the beggining I was sat in 3rd, just before the halfway point moved into the lead and out of sight finishing in 3hours 43min, great finishing infront of the castle!

Ultima Frontera 160km in Spain! Travelling abroad always exciting, especially to run 160km in the hills around Loja, Spain. Around 5000m of elevation over a pretty scenic course. Around half way I realised my predicted finish time was way too generous and I was feeling just fine, finally finishing 5th in 18hours 13mins, could happily shave a chunk of time off that knowing the course! A good holiday! 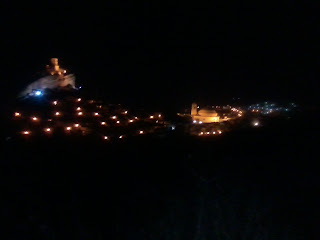 After that I took it easy for a month trying not to enter any races although I couldn't resist a nice social day out with Denzils Sunrise to Sunset. Although not a particular fan of laps it was great to see so many runners out enjoying the rare occurance of 'good weather' on the 27th of December. I called it a day at 80km and proceeded to dig into some excellent post race food that was even better than an LDWA event!

All in all an exciting year, I have learnt a lot through such a variety of challenging races and experiences and I have been lucky enough to meet some amazing people along the way. More of the same for 2012! 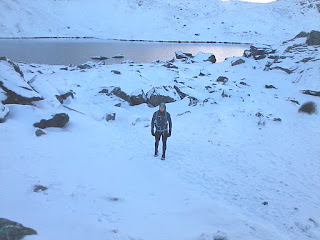 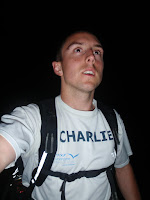 Posted by Charlie Thatruns at 19:31