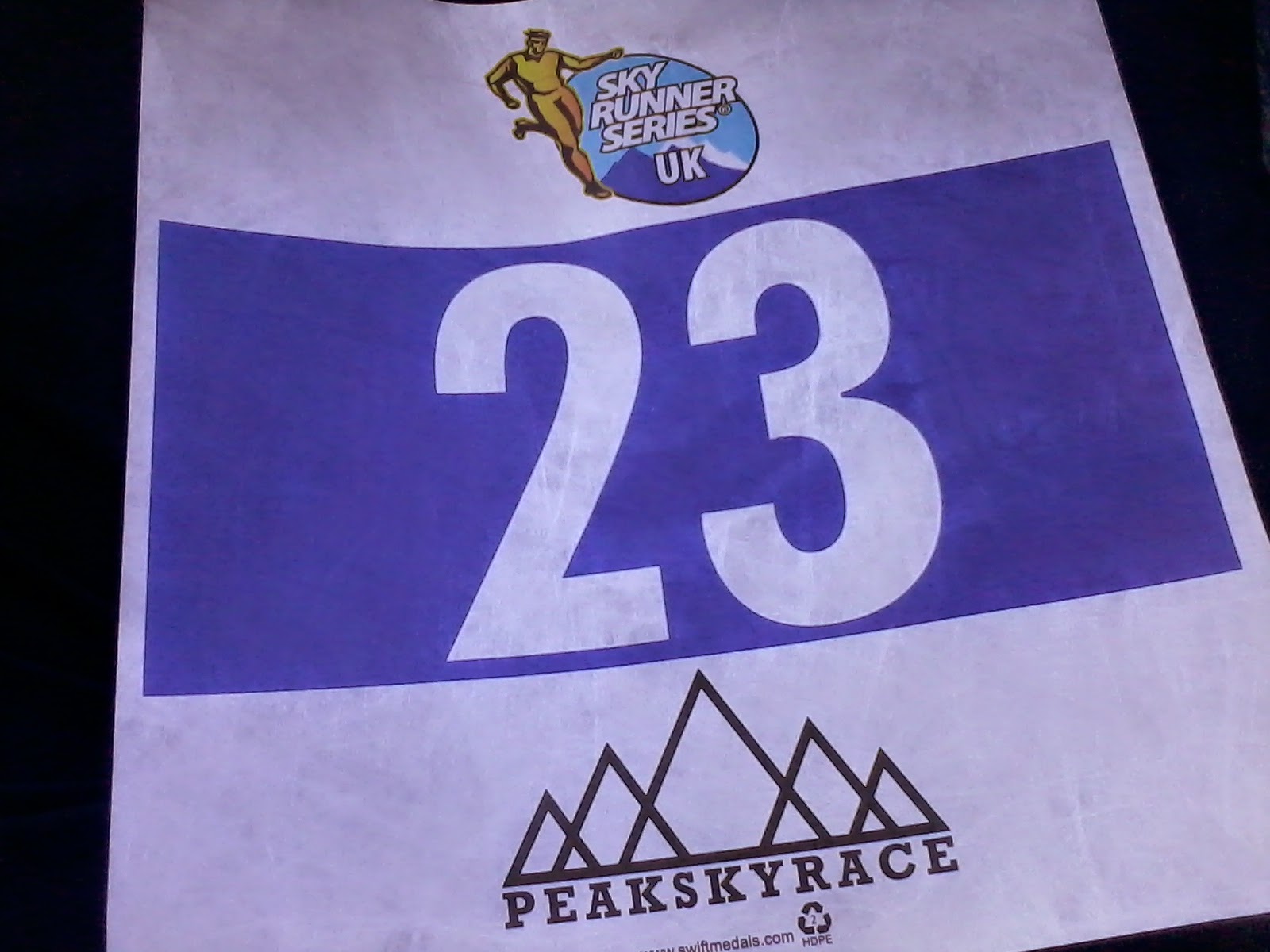 The first running of the Peaks Sky Race organised as a joint effort between Beyond Marathon, Billy Craig and Mr Bethell, between the 3 of them they have thousands of miles worth of racing experience all over the world and each know the Peak District like the back of their hand! It was bound to be a great day from the start! 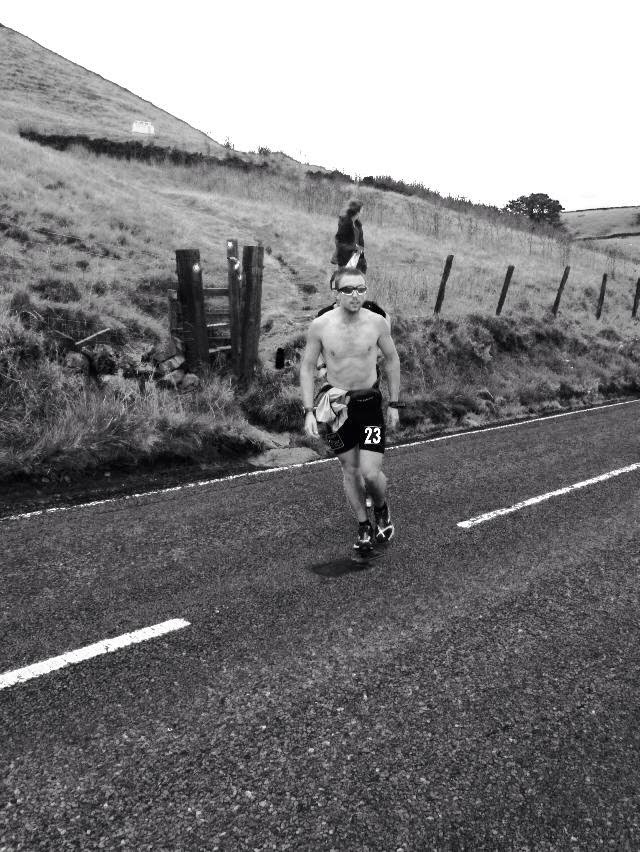 The route was marked, 30 miles, starting and finishing in Buxton with a decent amount of elevation considering there are no huge mountains in the Peak District. The markings were pretty good on the whole just a couple of places where they had perhaps wrapped around things with the wind and made them less obvious but aside from a couple of extra km all was good! I entered very very last minute and so hadn't even looked at the route on the map until the day of the race. I did Lakeland 100 the previous weekend so this was just a steady run really for myself, I had no intention of trying to chase anyone at the front end.

I've done over 1000 miles of running in the Peak District myself in the last few years and still hadn't come across the majority of this route so it was great to explore some new areas! A casual start meant I got to catch up with a few people I hadn't seen in a while which was great and it was fun to be able to be running in such a big group without smashing my legs up the first climb. 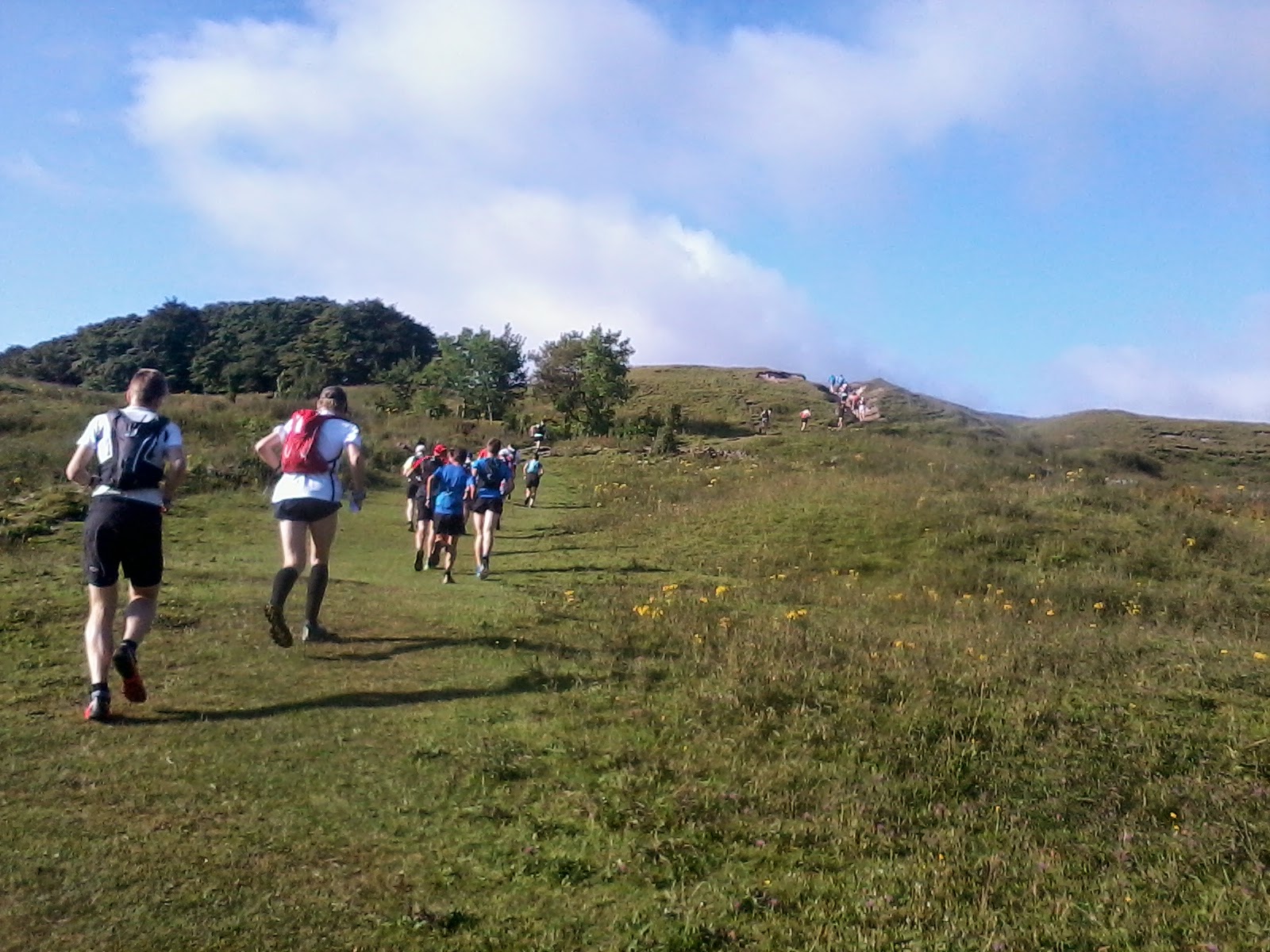 Due to a few bits of missing markings here and there I bumped into various runners on more than one occasion. Had I been trying to race I'm sure I would have lost places not knowing the course! If it's an important one to you - best recce as much as you can!

Some highlights on the course included Axe Ege, The Roaches, Shutlingsloe - very funny the ascent is a bit steep towards the top , Shining Tor - quite the opposite to Shutlingsloe, very gradual uphill, perhaps made more famous with The Hill Ultra, and Burbage Edge one of my favourite routes through the Peak District!

After a couple of cp's I settled down to a similar pace to John Danahay who's a speedy guy by the sounds of it working his way up into the longer distances a photo of us here crossing the line
http://skyrunninguk.photoshelter.com/gallery-image/G0000C0w4jnBhP_Q/I0000h2JcnMnpE2A/238#.U-DTqu7fy2s.facebook
We ran the last few miles together and came in around 6th and 7th or 7th and 8th I think? No sprint finish required


At the end it was nice to get a hot shower and plenty of food and cups of tea followed by a massage and lots of laying about in the sun. Overall a great day out and a nice medal for finishing too! One to look out for next year! 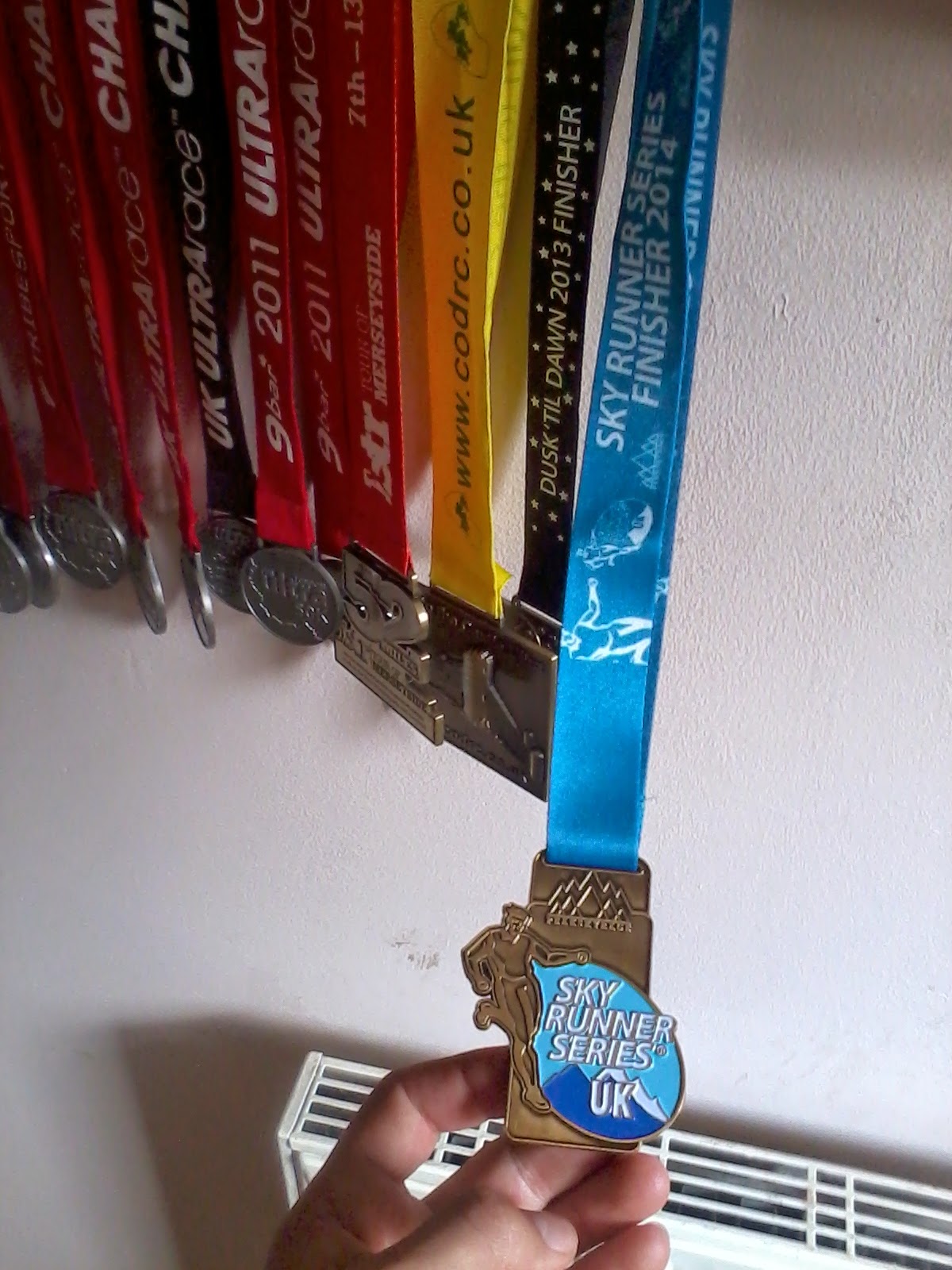 Posted by Charlie Thatruns at 14:26