Winter Trail Wales was the new addition for 2015 to the Trail Marathon Wales events in Coed Y Brenin. A great forest park with heaps of trails and a few little hills to play on! Matt and his team put on a great event and organisation is top notch!

If you're into your goody bags there was plenty in this, a coaster, buff, gel, dvd, 9bars and for finishers there were some travel mugs all branded up! I've been using mine a lot and there was soup and tea at the finish to try them out on!

Having done the Trail Marathon Wales in summer I was familiar with the course as the half was the first half of the marathon route, only a bit muddier. In the summer I passed through half way in 1.39 and some change so I was expecting something around about 1,30 for the half on the day. 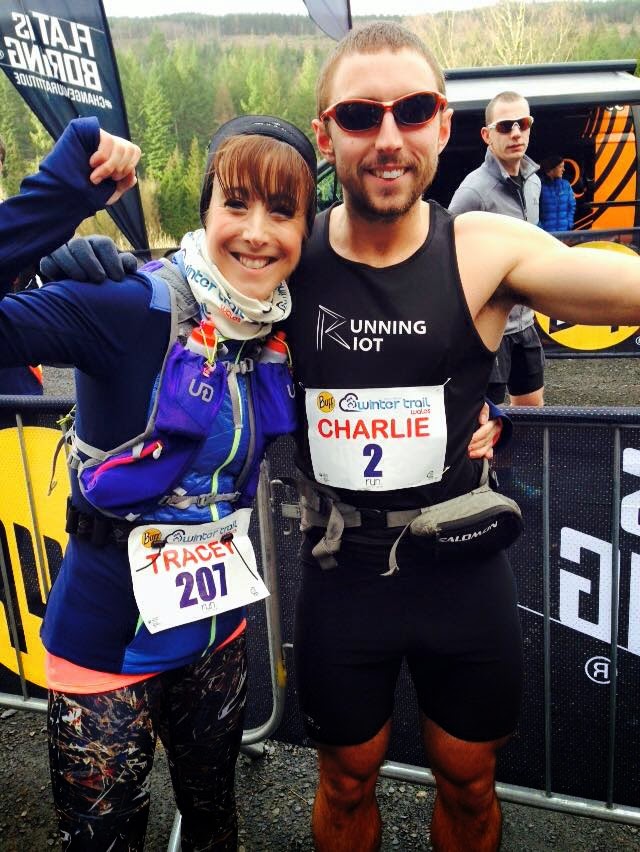 I'd been in Snowdonia for the Thursday night and Friday so obviously I couldn't resist going out for a few hours in the mountains beforehand ;) With a view like this on Thursday night though, can you blame me? Anyway back to the race. It was a great social atmosphere before and after the event around the visitor center and I must have seen at least 50 people I've met before. Also great to catch up with a couple of clients running the event too! Well done guys!

Briefly the route is a gradual uphill to start for a mile or 2 followed by some descending on good trail until around about 5 miles. There's the odd bit of single track and the route gradually climbs back up over the next mile and a half passing a check point with water and even food I think (didn't really stop to look)

From there on it's largely descending to about 11 miles where the 'sting in the tail' awaits, it's a short sharp climb up through the woods which I think caught a few people out. Unless you're pretty strong on hills or have held back a lot then it probably will involve a quick walk in there (or rock climb depending who you ask) it's over before  you know it though and a quick downhill finish follows over the last mile or so. 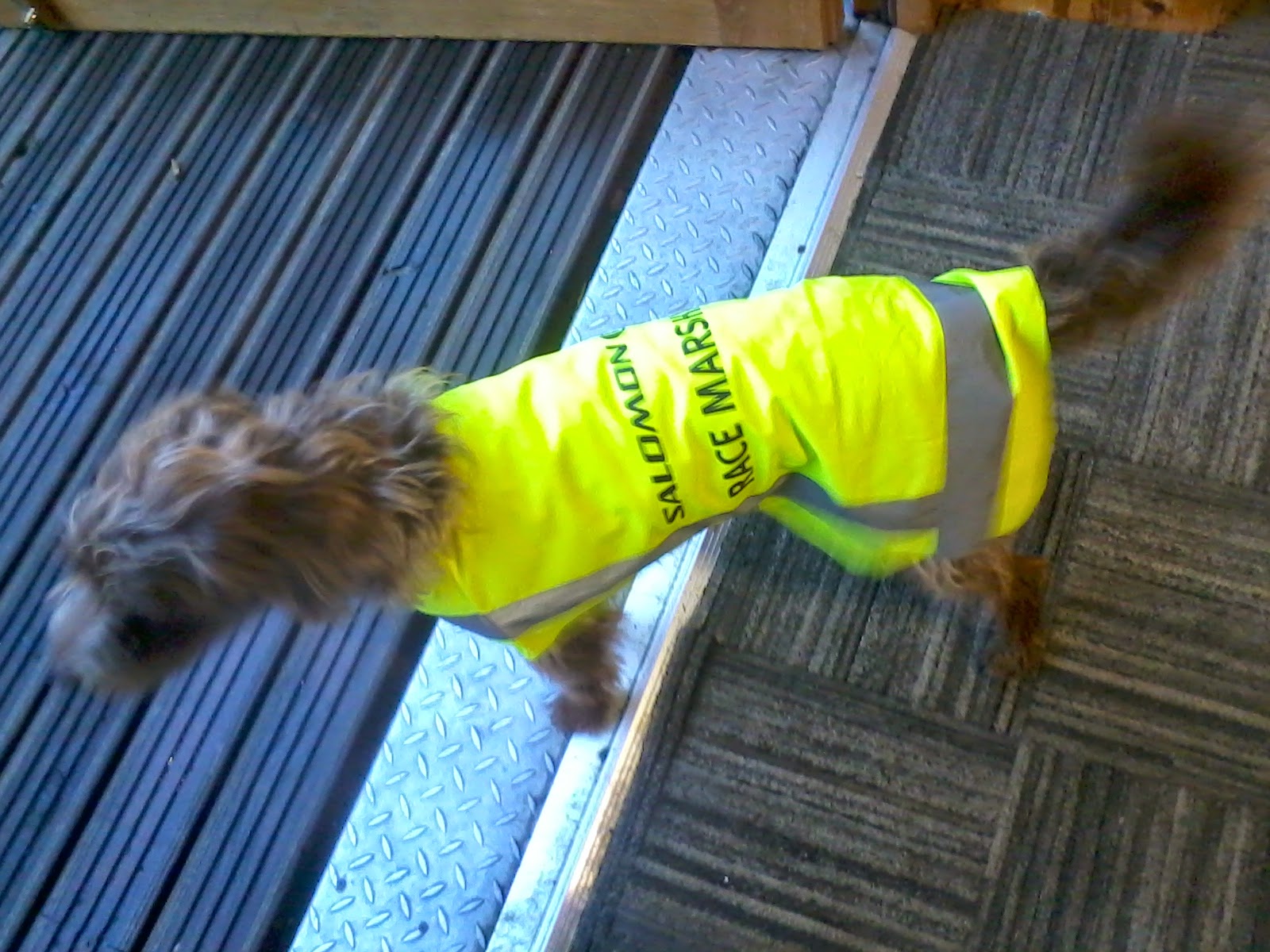 I was just outside the top 10 during the first couple of minutes (someone shouted I was in 15th after about 5 or 6 miles) in hindsight I probably held back a bit too much off the start as we climbed, it was nice to get some fast miles on the descents.

I loved the odd bit of single track thrown in and gradually moved up the field during the second half , perhaps a combination of a few people started hard and me holding back a bit. The good thing is that I felt strong all the way to the end although with recent training I shouldn't really be getting tired on 13 miles to be fair. Knowing the route also helps as you can pace yourself accordingly. So essentially I caught a few more people moving through the second half and a couple more up the sting in the tail followed by one final overtake at the start of the last descent to take 7th place.

It was great to catch up with everyone around the finish, the weather was pretty much as good as could be for January! Fantastic prize hauls for the winners and a little presentation to round off the afternoon. I managed a sneaky ascent of Snowdon during the evening to finish off a great days training. Look out for the summer event if you can, I doubt I'll be there as I've got the Dragons Back race starting that weekend (probably don't need to add an extra marathon to that?) 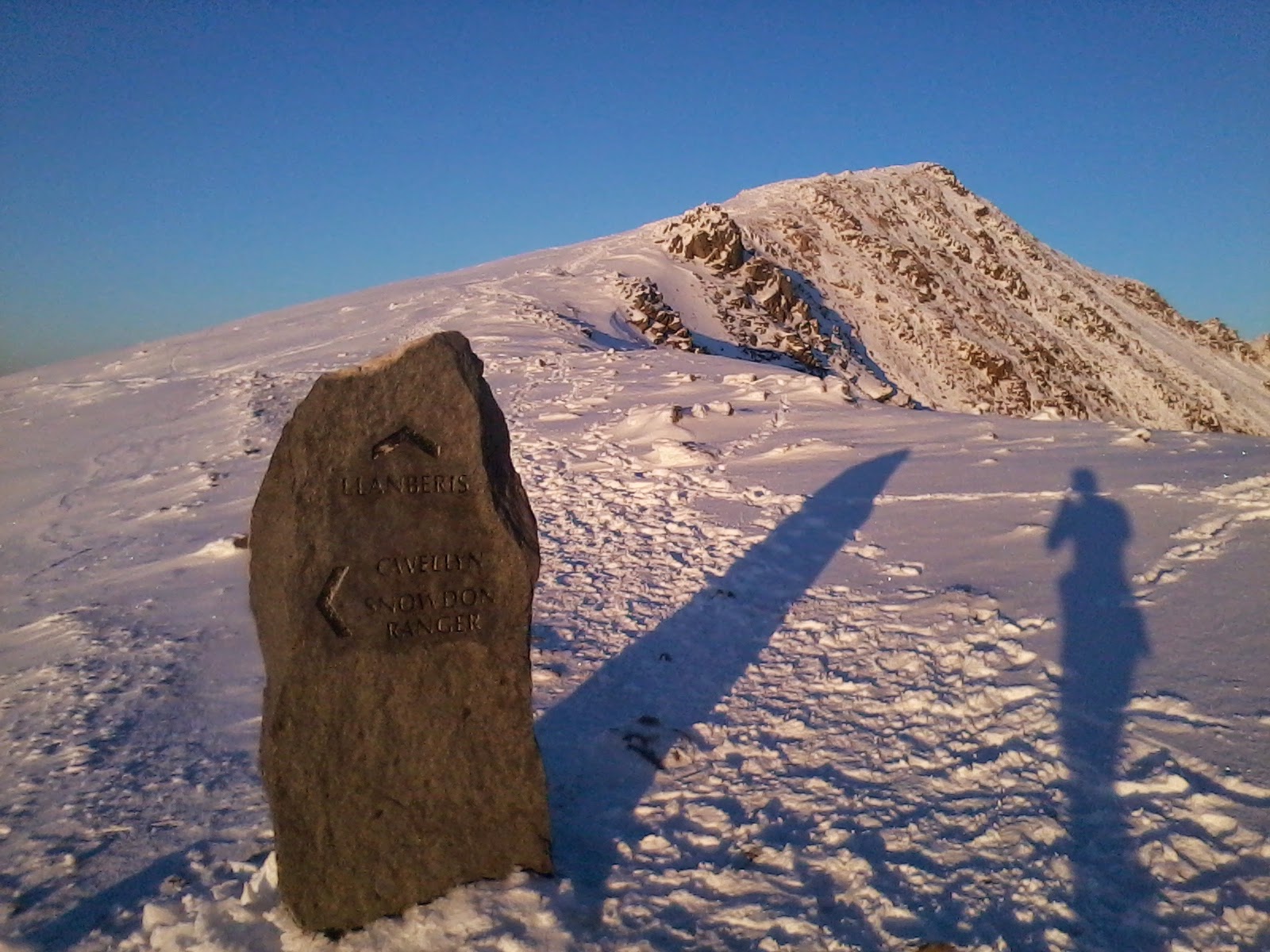 Next weekend off to Grizedale for the Trail 26 marathon in the Lake District before I head off to Spain for the Trail Coaching Week. If you've been thinking about it and want an awesome week of trail running and coaching late in February I could squeeze one more male and one more female runner in but you'll have to let me know asap as I'm finalizing the finer details already!

See you out on the trails guys!

Posted by Charlie Thatruns at 17:41