I'd summarize the Oldham Way as a 40 mile loop around Oldham starting out in the hills and crossing plenty of farmland, followed by a few flat fast miles of canal path in the middle before getting back into the hills over the last third. To be honest I'd not had my hopes up before the race as I didn't think the name sounded that exciting but after looking at the profile I thought it'd be ideal for a decent long run before the next 100 miler in April. I was pleasantly surprised! We had some fantastic weather to be fair, on a rainy day the fields would get a bit more wet and boggy I imagine! 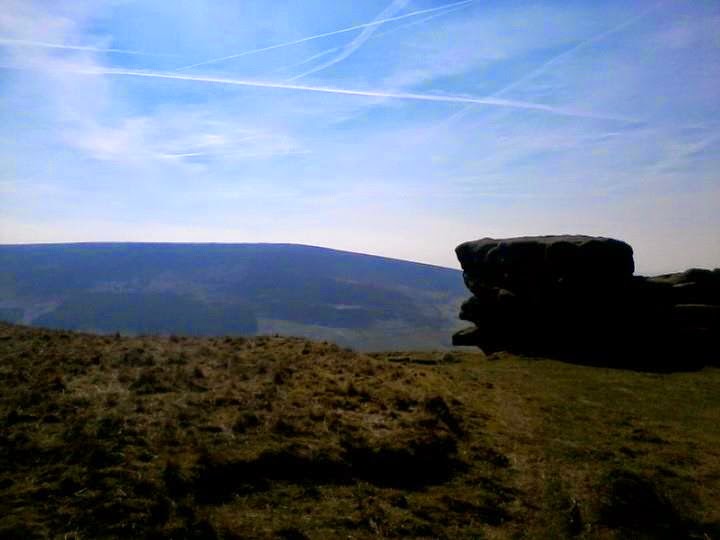 Anyway... On to the race... Or the day before the race first... Having a local trail marathon the day before was far too tempting to pass up, so I decided if I had a steady run out at the Gin Pit Marathon the day before that would be ideal for a couple of back to back runs. An easy first 10 miles @ 6.50 min mile pace running with a guy called Joe to get through half way in 1.29 before upping the pace a tad for a 2.55 finish,

Back to Sunday It's a 7.30 start with registration and briefing etc all going smoothly. Quick and painless, just how we like it! I'd read the route was a tricky one to follow from last years blogs so I started back a few rows and just wanted to settle in with whoever was at the front for the first 10 or so miles until the canal section to wake my legs up then ramp the pace up. There was nobody attempting to make a break particularly and my legs actually felt fine so after about 10 minutes I moved to the front and started to move away. The maps given out were good and I had the gps for backup. I ran with a guy called Steve (??) and we had some sort of gap behind us, I seemed to have taken on navigation duties and got us to the first of the 5 CPs fairly handy. 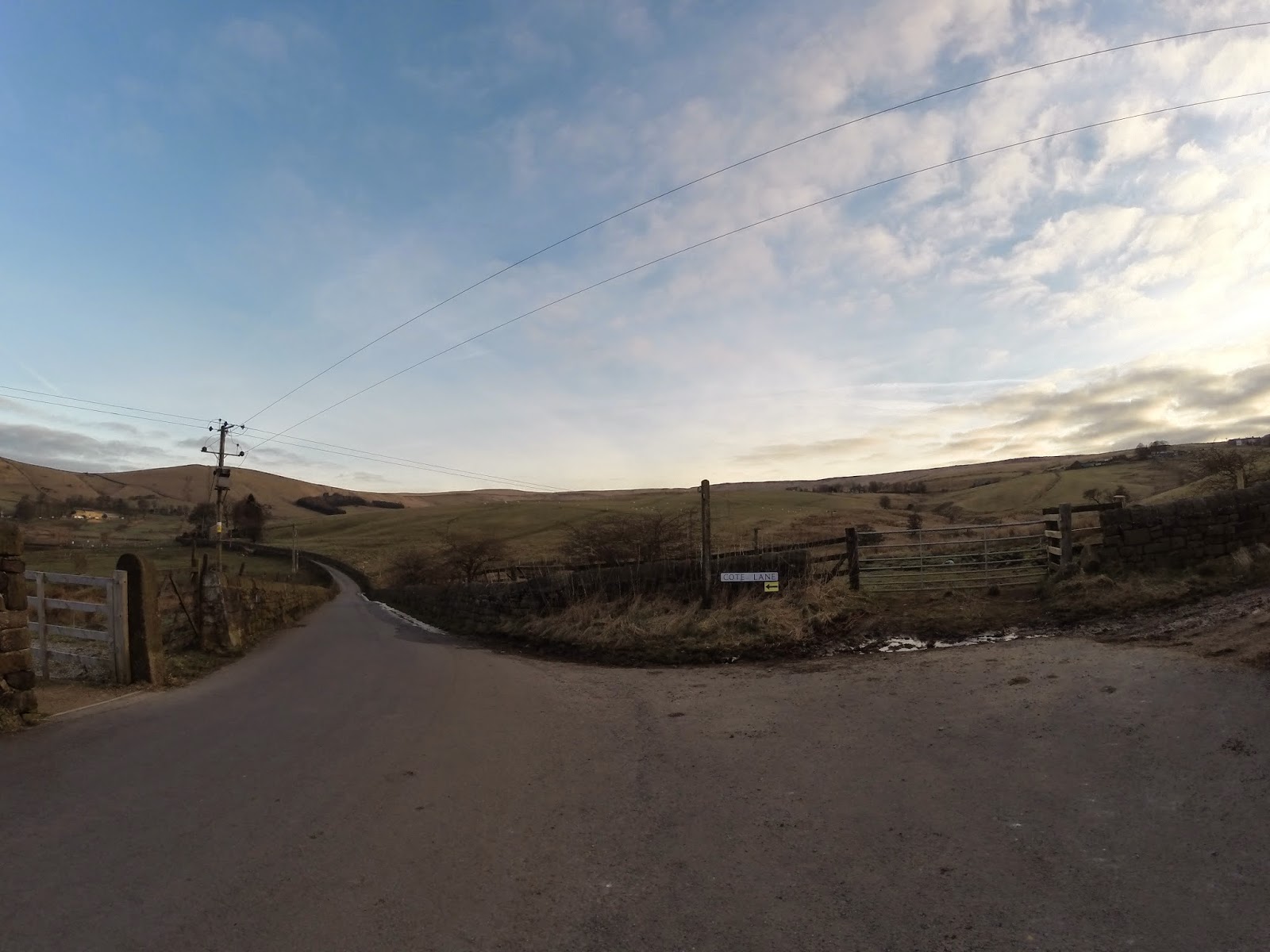 There are a few small hills during the first 12 miles and it's mostly through farmland so some tricky to spot styles in the corner of fields here and there but still relatively uneventfully as we chatted through the miles to CP 2 just before hitting the canal.

On the canal there was another race going on (Canalathon?) so there was a long stream of runners going in the opposite direction - great to see lots of friendly faces! Some of the tail end runners were a bit confused by us running towards them but all seemed ok and after some sub 7 min miles we were soon at the 3rd cp as they were just setting out the runners treats. It was shortly after here that I moved ahead on my own as we approached 20 miles ish and where the hills start again. 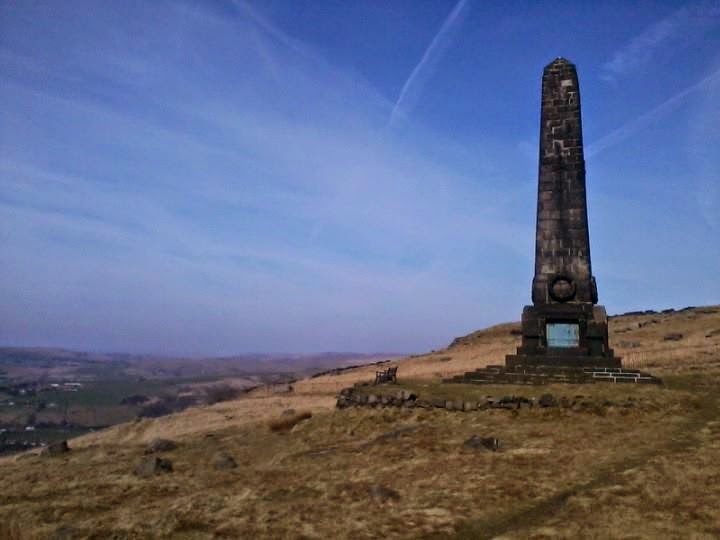 The route turns off the canal through a few parks and then undulates along towards Dove Stones area, We were treated to a fantastic trail along a valley and back down the opposite side. Just as I was nearing the end and turned I saw someone gaining on me very quickly, I glanced at the watch, still moving at a similar pace I thought that someone must have come back from the dead to be gaining on me so quick. Turns out it was a local guy out for a quick few miles! Before I knew it I had dropped down into the last cp over the reservoir and had a chat to the guys there and grabbed a few jelly babies. It seemed that there was quite a gap forming and finishing just under the 6 hour mark looked pretty comfortable so I left at a steady pace and enjoyed getting into some of the final climbs (for a heads up the bigger climbs are in the last section) Other than a bit of a maze of little trods on the top of the moors the last section was quite straight forwards. 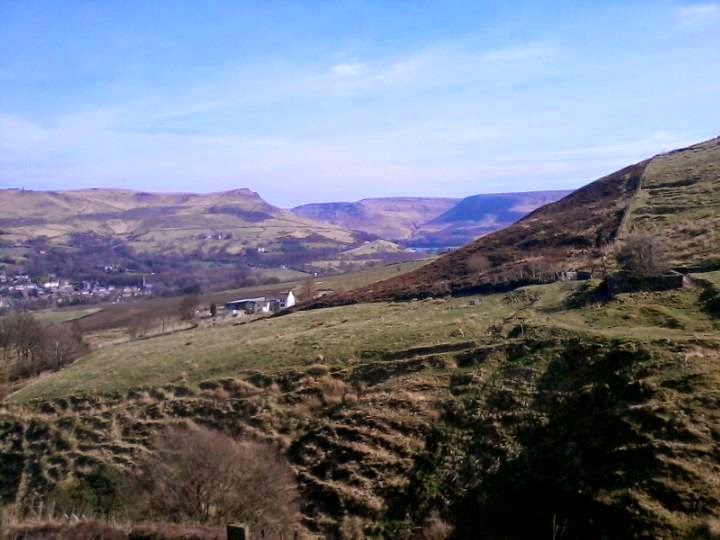 I was looking at the map and had a glance at the watch and was looking like 5.55 or so to finish. All good! Then hitting another hill I realized I was going to squeeze about 41.5 miles out onto the gps so I put a bit of effort in to make sure I was under the hour... despite a 'somewhat fast' final descent towards the finish it wasn't quite enough and I rolled in 6 hours 4 minutes having had a fantastic run in the sun! 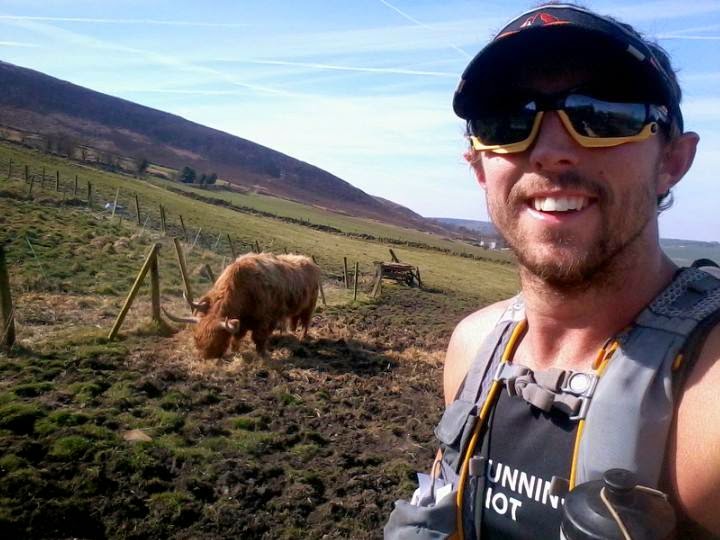 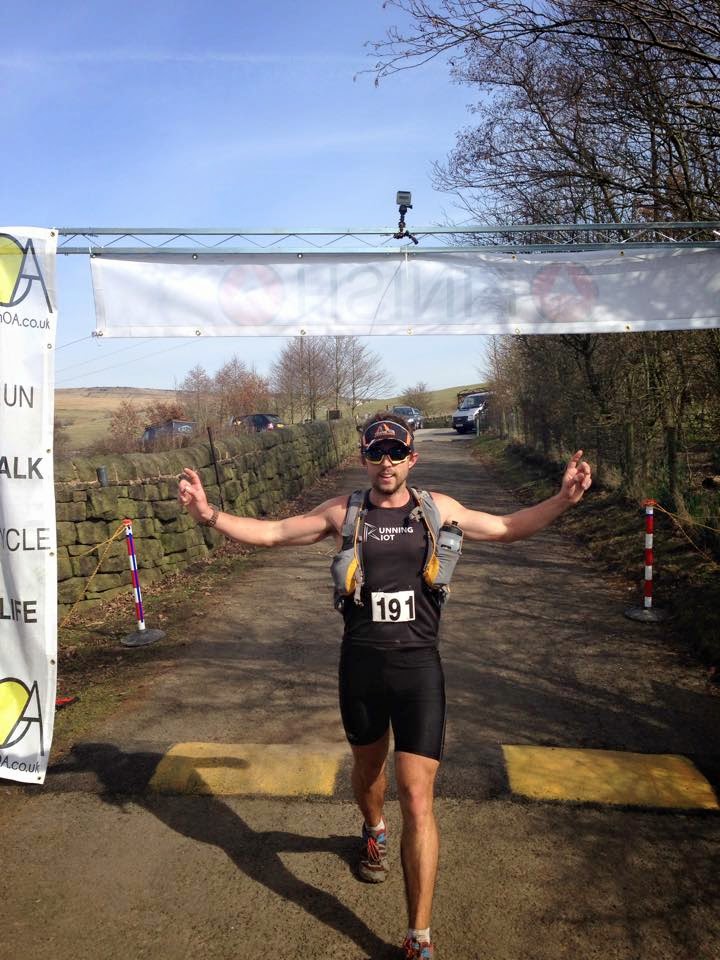 It was a bit of a wait before anyone else appeared with the next finisher just under 7 hours and 3rd place just over 7 hours. The chap I had run with earlier on had possibly been running a little on the fast side and seemed to have slowed off a huge amount later on. At the finish there was plenty of food and drink to feast on and I was treated to a good rub from Hayley Wild (aka Killer Hands - if you're looking for someone to sort your muscles out in Rochdale worth giving her a call) 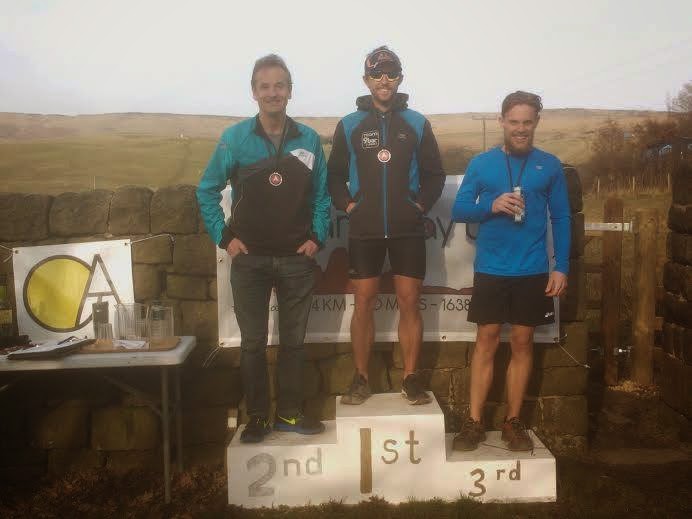 Really enjoyed the route! Don't be put off by the name! Also worth being able to navigate on paths and trails with a map. There isn't much open fell type stuff but still worth being confident with the map, I'm sure many people lost time scratching heads at junctions!
Thanks to Team OA who put on a great event, Berghaus for kitting me up - especially the Vapour Claw Trail shoes and 9 bar for breakfast! (Pre race breaki is 3 Strawberry and Apricot 9bars - saves any additional stress on race day too!)
Posted by Charlie Thatruns at 20:05