Some photos are not taken during the race just to show the route in daylight ;) 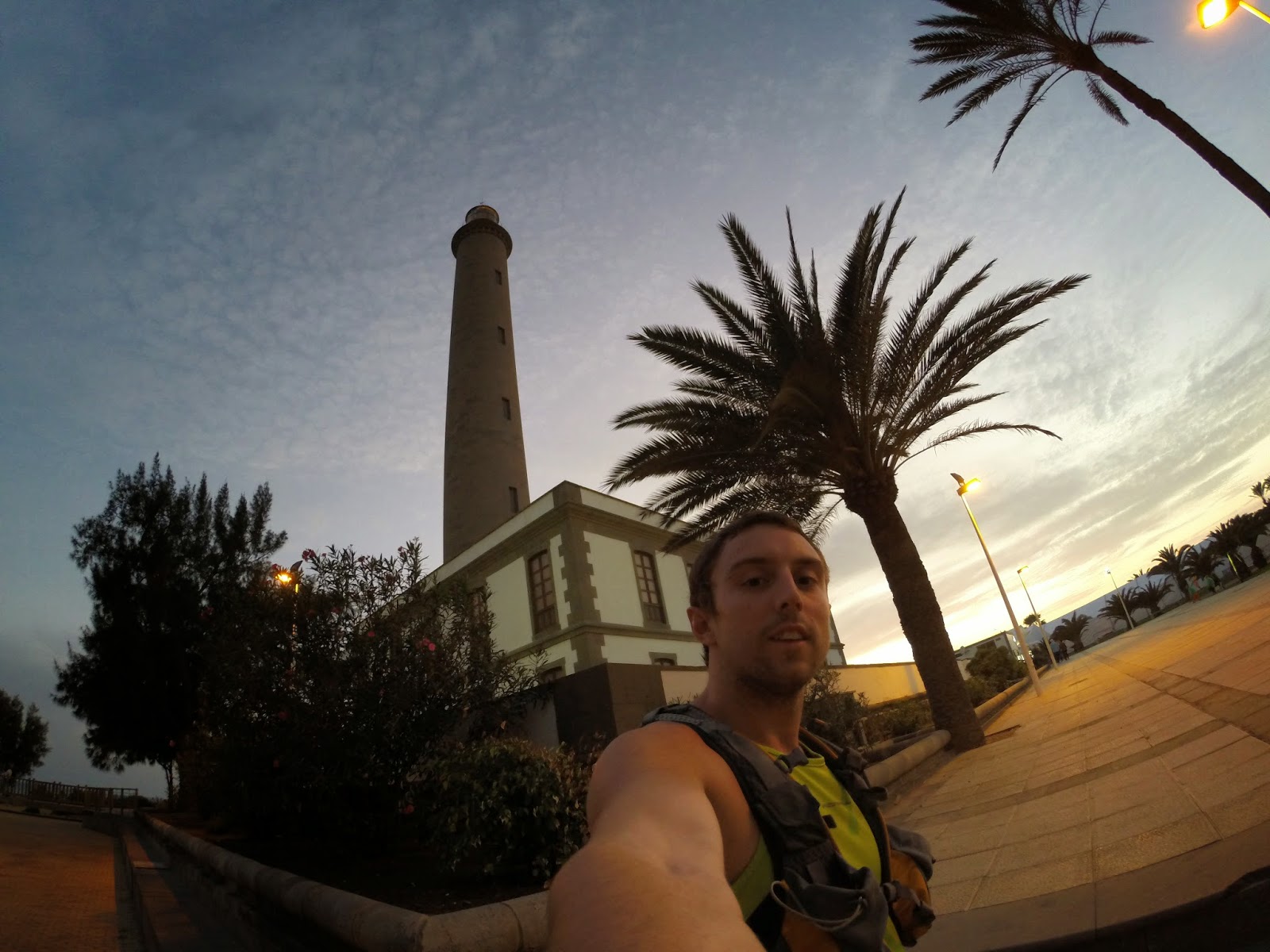 The TGC is about 80 miles with 8500m ascent, a mix of rocky fairly technical single track and other mountain tracks you could drive a 4x4 over. Starting in Agete on the northwestern side of the island and finishing near to Maspolomas in the south. Temperatures this year were warm but there was a welcome breeze in places.

Training had gone great over the past few months and I'd looked at a few previous performances to give a rough idea of how long it'd take. I figured being a marathon shorter than Magredi Mountain 100mile with similar ascent I'd comfortably be in the 16 (expected) to 18 (bad day) hour range..... In terms of positions it's not something I really consider until later stages of races. I'd rather come last and feel like I gave everything and ran well in a race, than win a race but under perform if that makes sense? 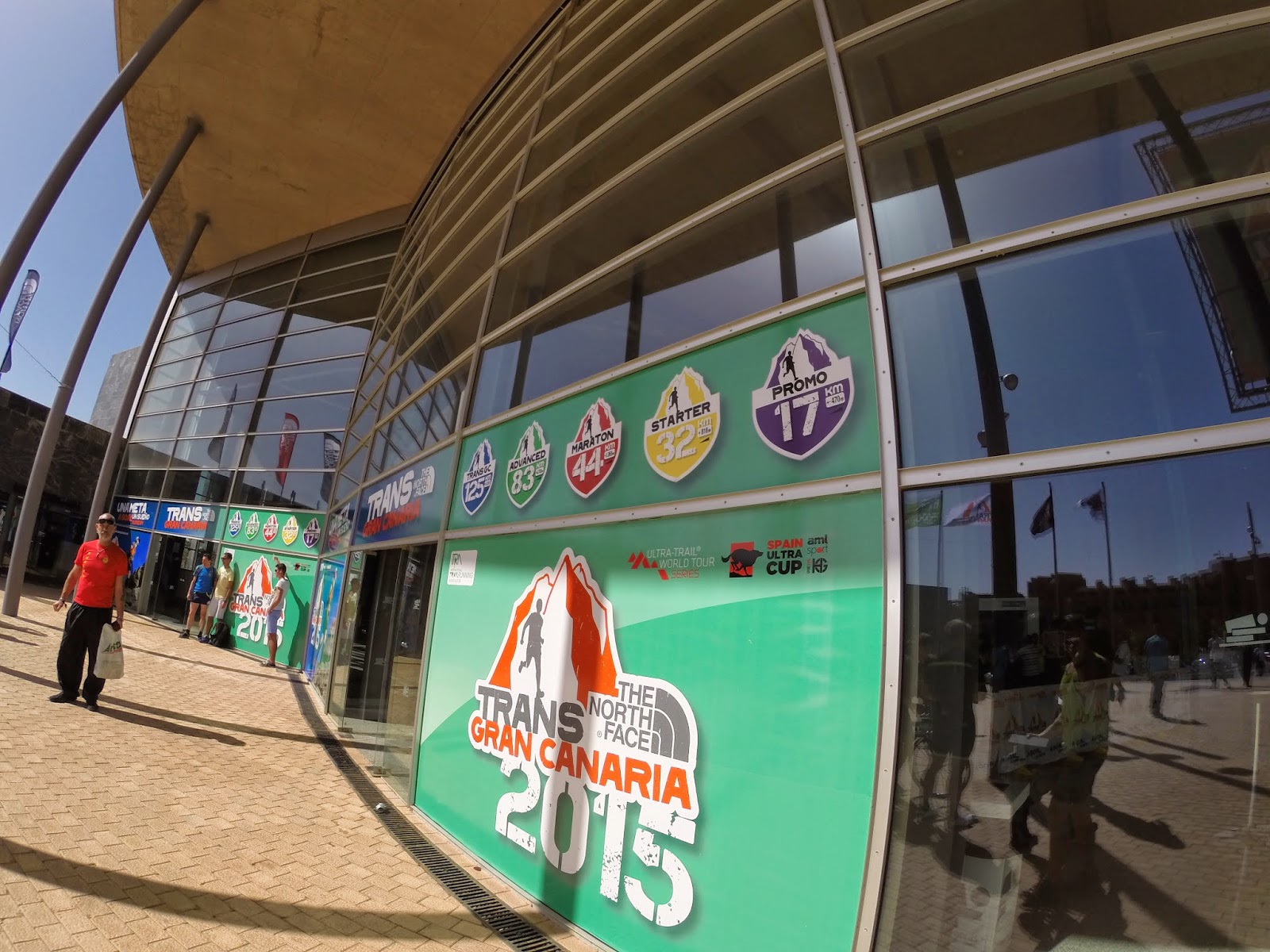 So what actually happened??
Well.... In the last couple of hundred milers I've done I've got all my calories from coke, a few others have been coke and a very occasional bit of other food but I've not  bothered to eat any actual food and felt great throughout. I checked beforehand on the race and coke at checkpoints, all good! 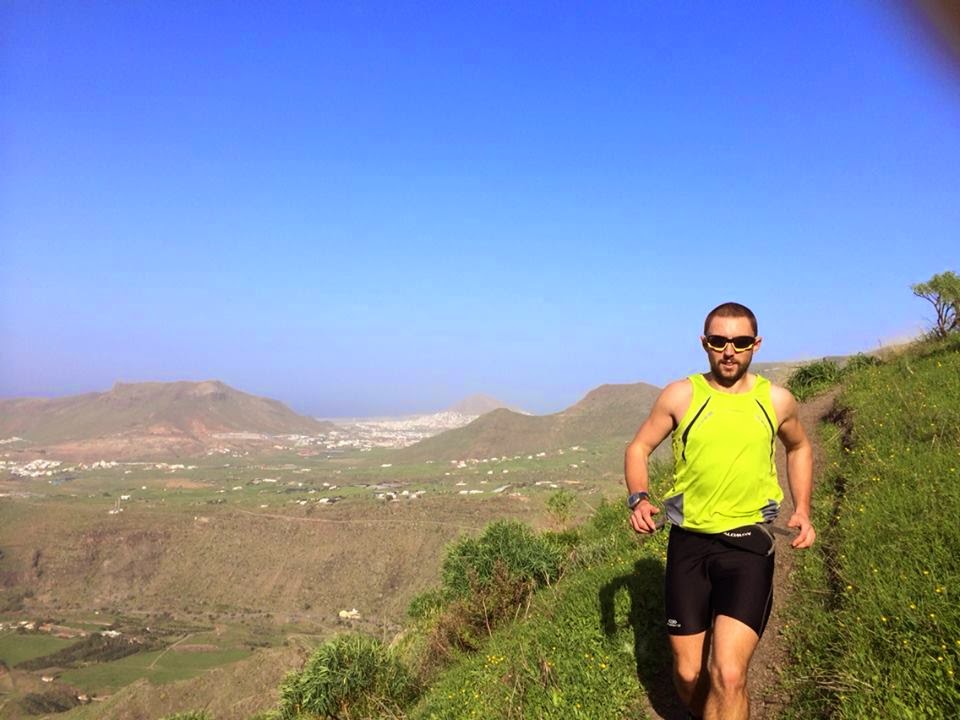 All the organisation was really slick aside from a slightly slow registration, comfortable coach to the start line and almost a big party in Agete to get runners psyched up! It was a fantastic atmosphere and we had around 90mins wait before the 11pm start. 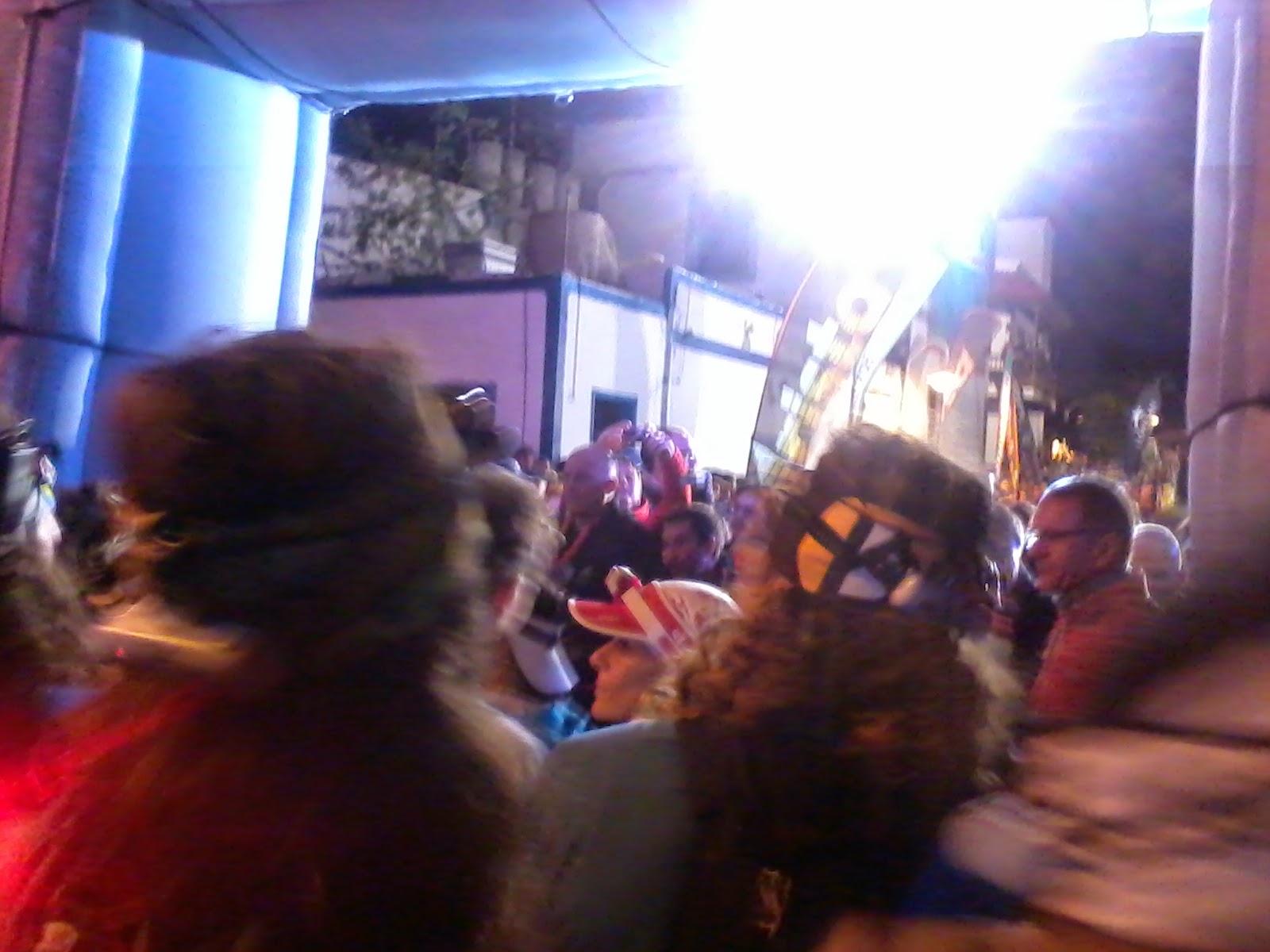 The first km is on the road before a climb up to 1200m and cp1 around 10km in. Despite a steady start I was moving faster than expected over the course and really enjoying myself as the traffic thinned out I had nothing at cp1 and after a tough descent and twisty trail cp2 soon came up. Just after a guy had fallen as his head torch batteries died and he couldn't see to clean himself up or swap batteries. I was eager to move on but waited a couple of minutes whilst he changed batteries and made sure he was ok. A bit of a scrape but no dramas. I reeled in a few runners as we hit cp3, handed my bottle over to be topped up with coke and sorted my water and electrolytes out and grabbed a set of spare batteries out of my bag ready for the next section. I realised a lady was pouring coke zero into my bottle and that I'd had the same on cp2. I tipped it out and put normal coke in and off I went. I felt a bit weak climbing from the cp but knew the coke would kick in soon and was still making good progress. The markings for the course were great provided you were paying attention, few people were getting a bit confused here and there but didn't hear of any major issues. 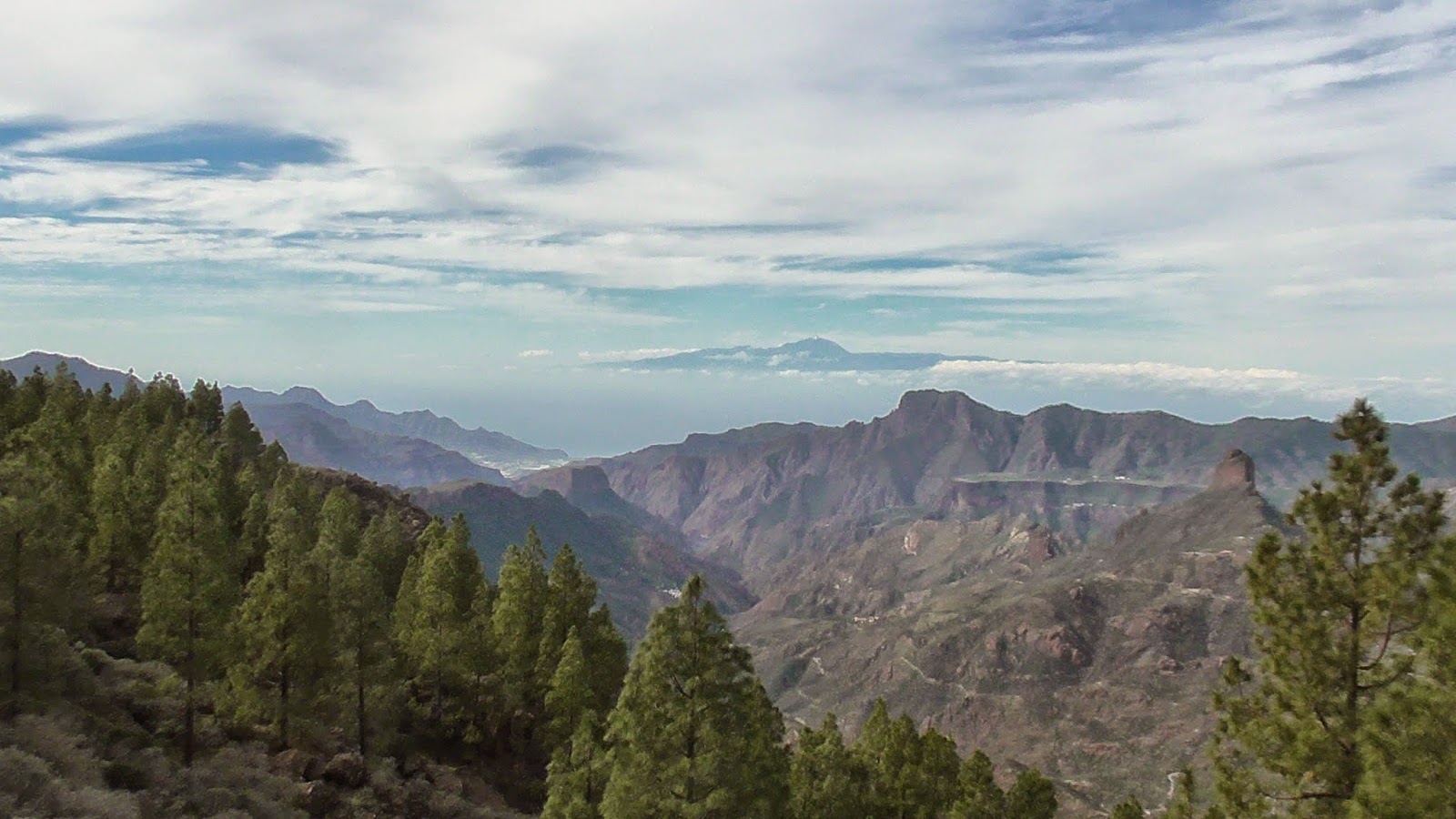 I was starting to struggle a bit on the climbs and thought it was a bit strange , my legs just felt a bit gutless. At the time I put it down to the difficulty of the course and pushed on. The next few CP's had Pepsi instead of coke and I had been drinking Pepsi Max (I didn't realise at the time but Max is the sugar free one!!) I felt increasingly weak after 5 or so hours and was sleepy during the night, after about 50km even running on the flat was hard.... I knew something wasn't right, I know what a bit of fatigue feels like but I was struggling to see properly and couldn't focus, had to slow even further as I went a bit dizzy. After thinking through what it could be I eventually hit the checkpoint at Tejeda and discovered that the Pepsi Max I'd been asking for was sugar free and 'Pepsi' is the one with sugar!!!! 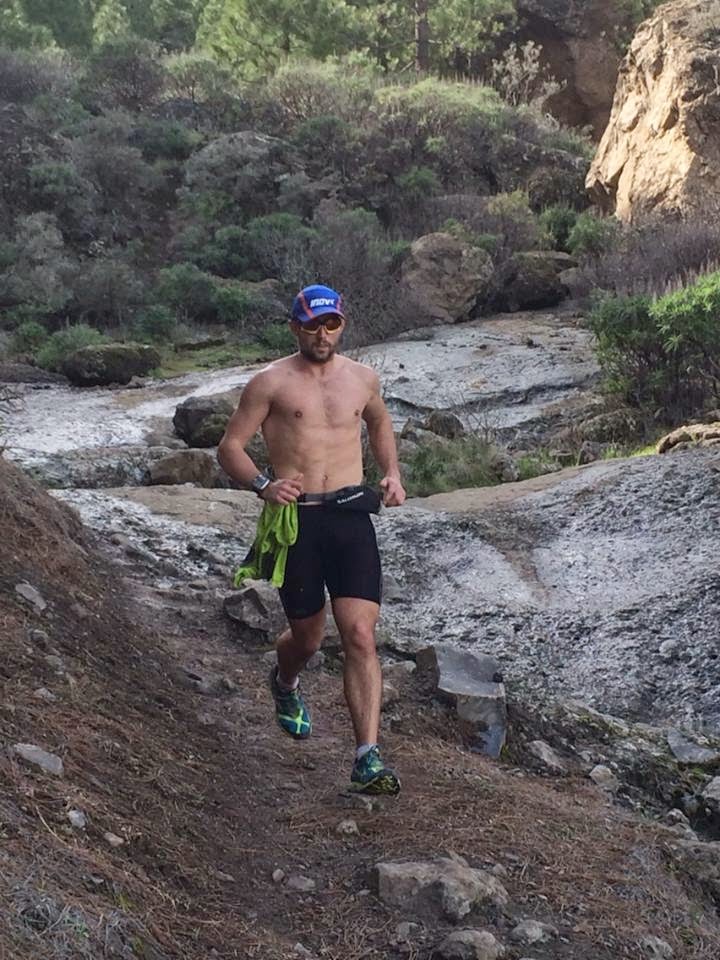 It was about 10 hours in where I checked the bottle to realise that I had been drinking the sugar free and therefore wasn't taking any energy in... No wonder I was struggling.... I got out some gels and isotonic drink sachets and other snacks from my bag and over the next section around Roque Nublo I was feeling a lot better but had to keep calories going in every ten mins or I crashed again.... There was a cp just before the highest point of the race I had some pasta and grabbed more snacks along with real Pepsi and forced myself out of the cp. An English guy Simon passed me who was doing the 83km race and moved ahead  after a quick chat. He was soon out of sight. 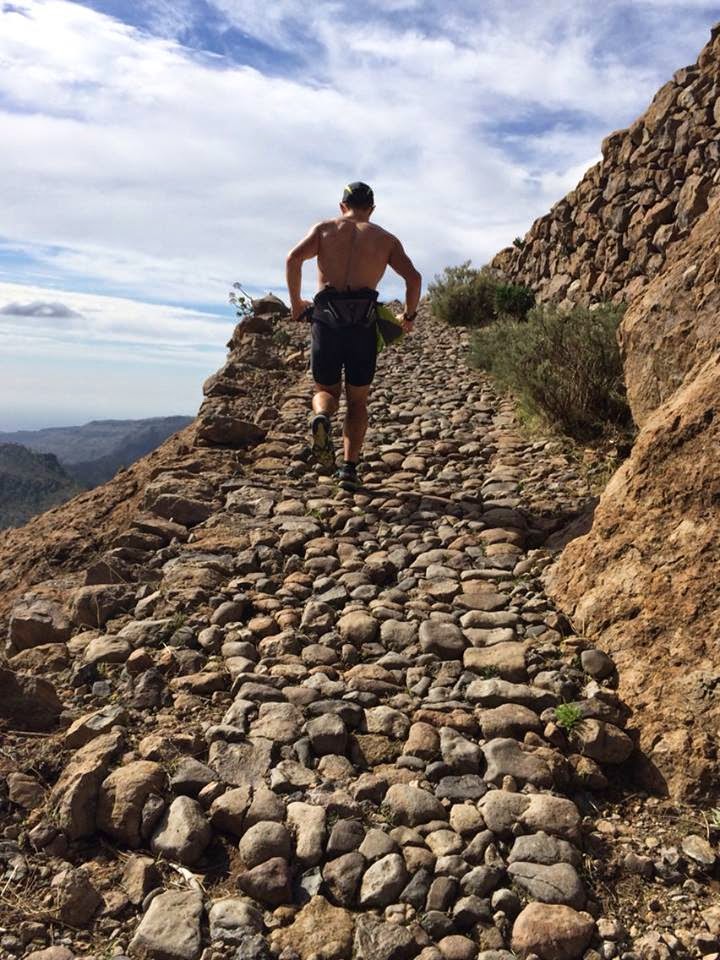 I was able to bring my energy levels up and run strongly in the last 20 miles. The last big descent at about 25km to go was pretty technical and rocky to say the least and I caught and passed tens of runners who'd passed me earlier in the various races. On the bottom it's basically a long flat half marathon to the finish on a good rocky track and Simon moved ahead again. I was continuing to trickle calories in and just felt better and better. The garmin battery dnf'd at this point but this was the fastest I moved since the start as I reeled in more and more runners towards the final 10km to go check point. 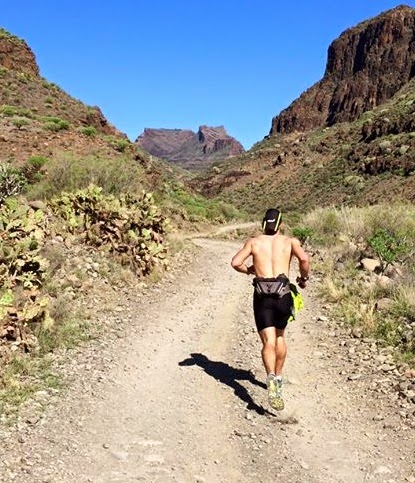 Just when you think you're at the end there was a little lap through some soft sand on the beach before snaking through a funnel of spectators to the big finish! Finally I'd finished in 19.34. To be honest a pretty shocking time for me though I'm grateful to be able to do that in a bad day! I think really the lesson to learn is know what's in your drinks or food. There's only me to blame for choosing Pepsi Max.... Had I known it had no sugar in I wouldn't have touched it and just used the sachets I was carrying. I only drink the stuff in races it's not something I'd touch in every day eating.
After all that I'm even more excited about the next big one. My legs have never felt stronger than recently (except during 5-15 hours of the race haha) I'll be a bit more vigilant on what I'm drinking and not assume anything! If you're after a hard but stunning route that is really well organised definitely have a poke around in the website! 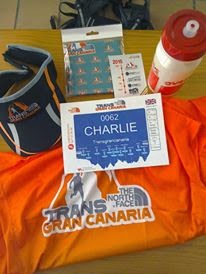 Posted by Charlie Thatruns at 20:13