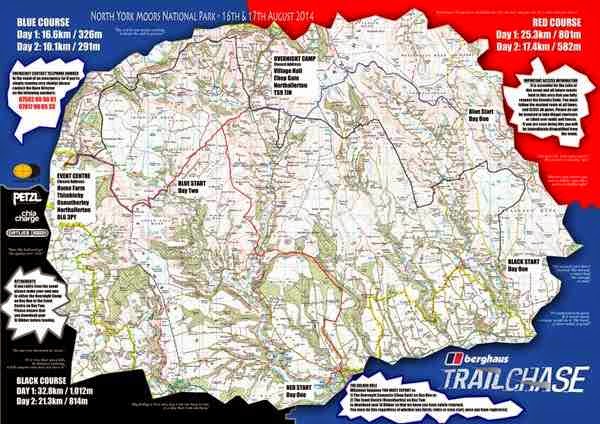 The Berghaus Trail Chase. First time the race has been put on by Shane and his team who has stacks of racing and organisational experience so it was bound to be a good one!  (organiser of The Dragons Back race - I'm in for 2015 and crewed it last time)

Basically the race is split over 2 days, 3 different coloured courses black - longest, red medium and blue was the shortest. All met in Osmotherly on the Saturday morning to register then the 3 different groups were rounded up and transported to the relevant start by bus. From there run the well marked course back to our overnight camp location which was a field with a village hall. Our overnight bags and tents were transported here so on arrival set the tent up and tuck into some food! I took a few dehydrated meals and breakfast 9 bars so made the most of the free cups of tea but didn't sample the veggie meals you could buy there on the Saturday night as nice as they looked. (I like animals - especially beef  ) ;)

So anyhow we started around 2.15pm somewhere in Yorkshire and ran 35km the first day on the black course. I led out the first couple of km on a single track path then 2 runners passed by local chap Duncan the overall winner and another runner David. 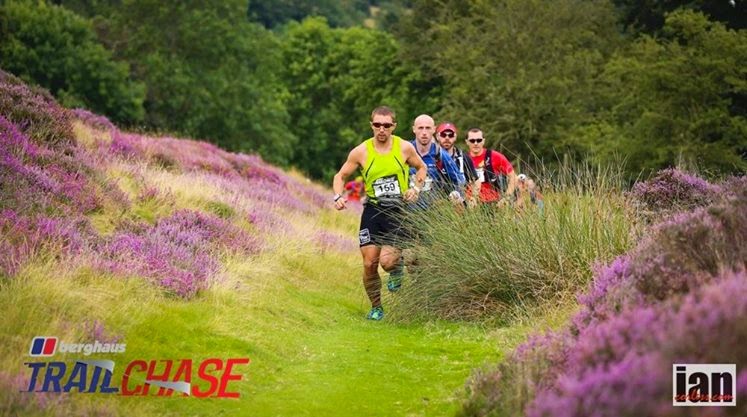 There was a good strong wind on the day and running on the tops of the moors for the majority with a few ups and downs was basically how it went. Generally the tracks were pretty good under foot, the biggest issue was some of the descents that had ferns growing over the narrow tracks meaning you couldn't see what was on the floor, I slowed down a lot on these sections and had my hands outstretched in front to try and break the way through. Even on these sections the markings were easy to follow, it was rare that a flag wasn't in sight unless on a straight path with no potential turnings at all. 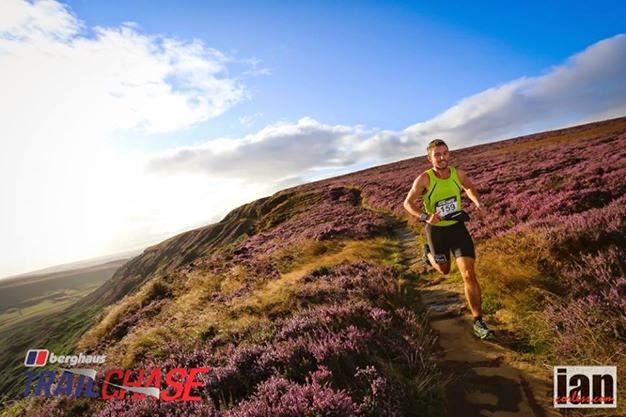 It was great to see Mr Corless popping up all over the place hiding in the bracken and jumping out with his camera, he took some awesome shots and they're up on here http://iancorless.photoshelter.com/gallery/Day-1/G0000r7A1PugutGw/C0000R0U4V260Jl4 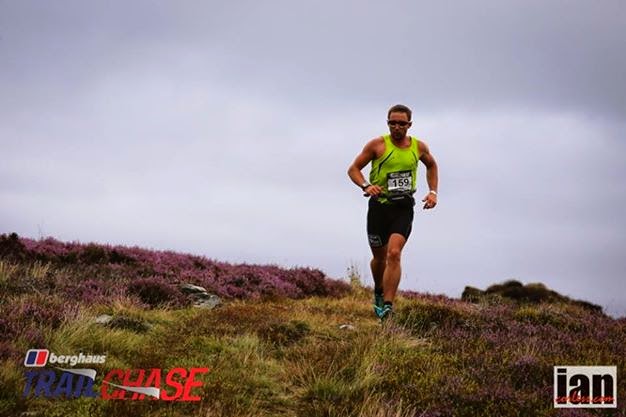 After about 10 miles there was a gentle climb up onto the next track and I rapidly caught up with then 2nd place, we said a few words and I carried on past when the path opened out and that was the last I saw of any runners on the black course until the end of the 2nd day! I think in the middle of the pack there were some exciting chases going on but it was a little lonely out at the front end. 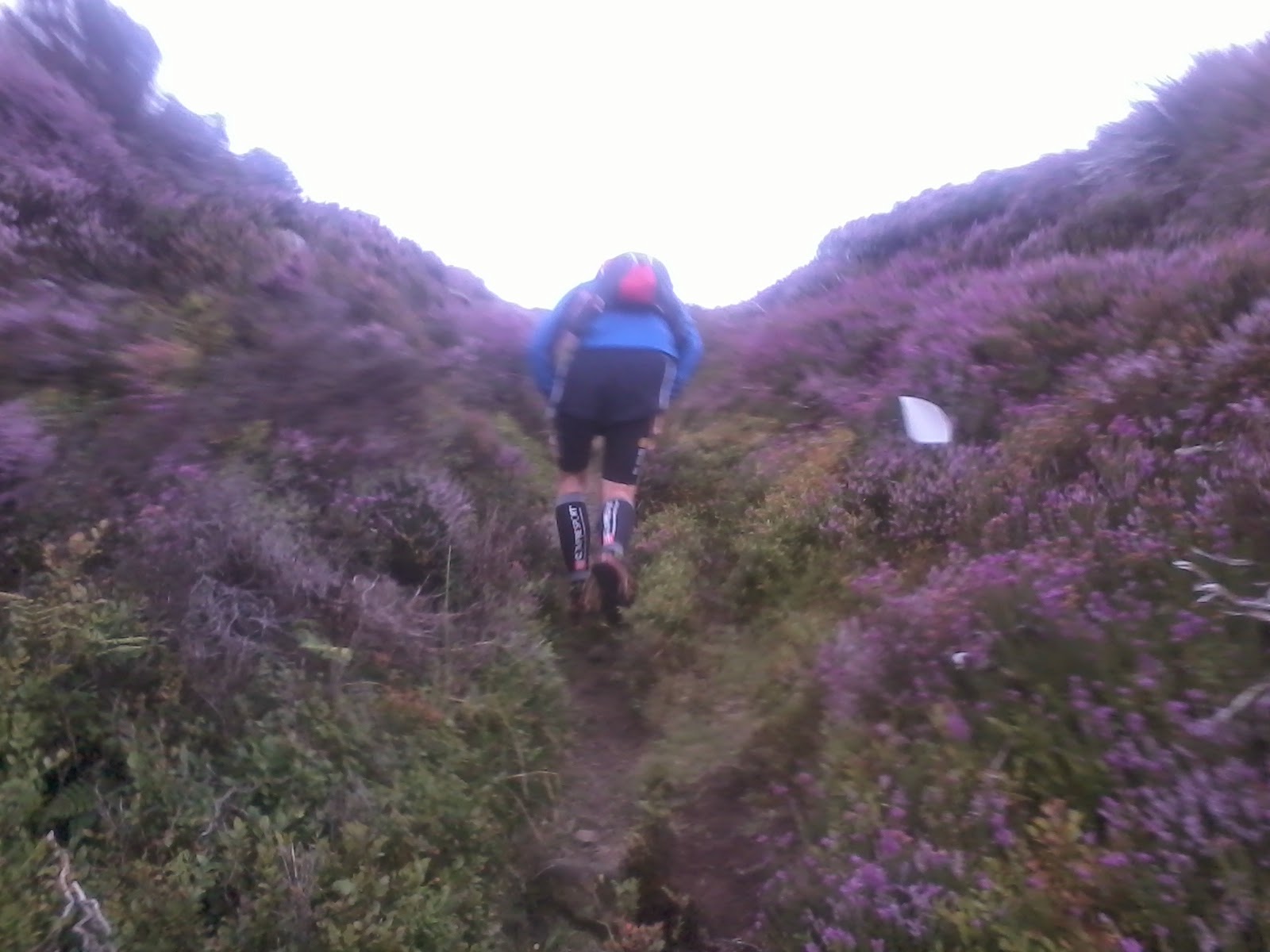 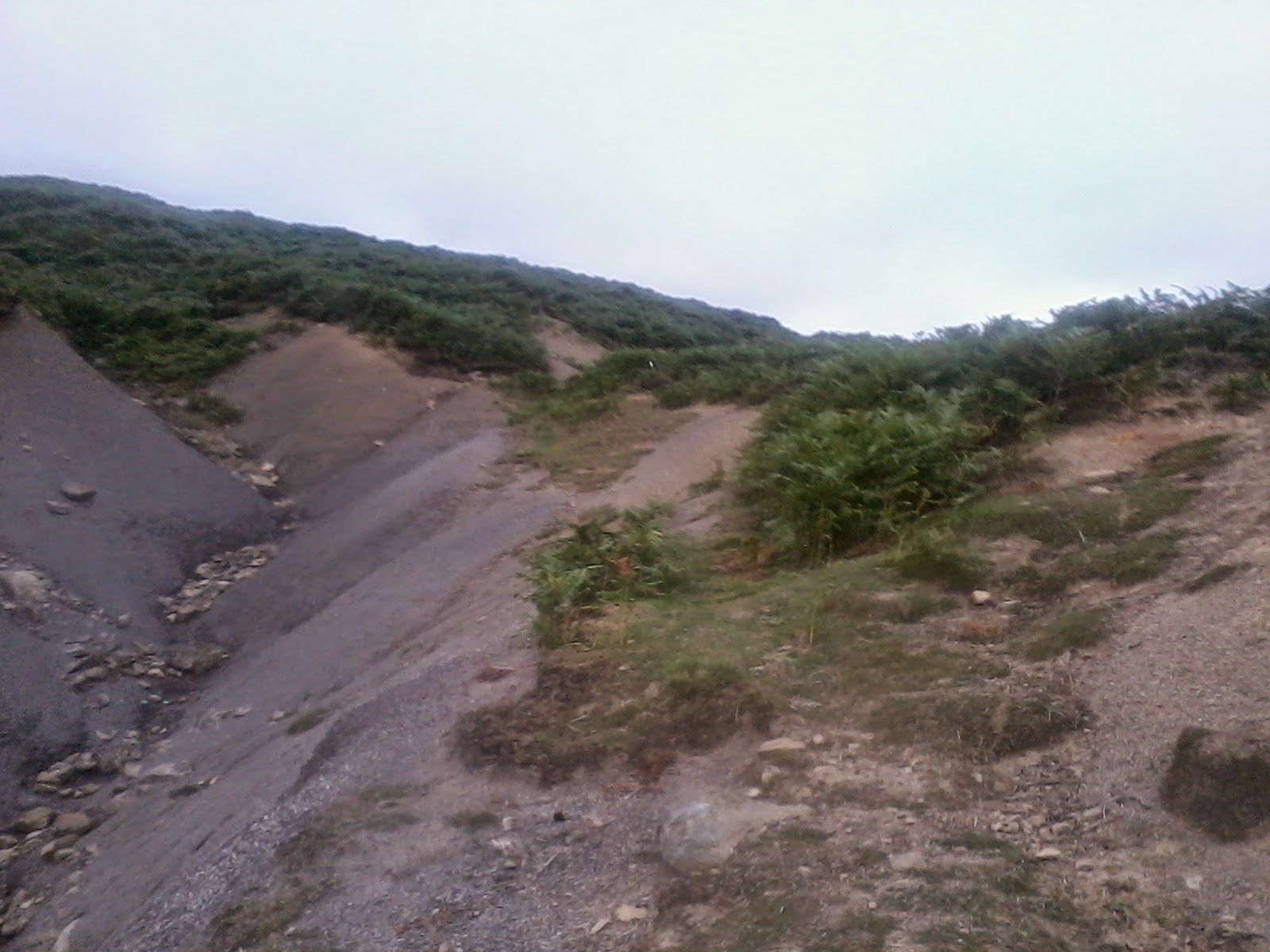 There was a few km maybe 5 or 6 along the top of a ridge on a stony track with a meaty cross wind and just as I was thinking hmmm it'd be nice to have some good climbs, the route went off into the bracken covered track around the end of a valley and dropped into a ravine, pretty exciting, a quick crossing of a river then wading through some more ferns to a small climb and then looking down I could see the camp and finish area for the day, a little more climbing through the heather to then enjoy a fast descent for a couple of km into the finish. With 3 different length courses starting at different times from different places it was quite exciting looking out for the next finishers. I finished day 1 in 2nd about 10 mins behind the leader and about 14 minutes ahead of 3rd. 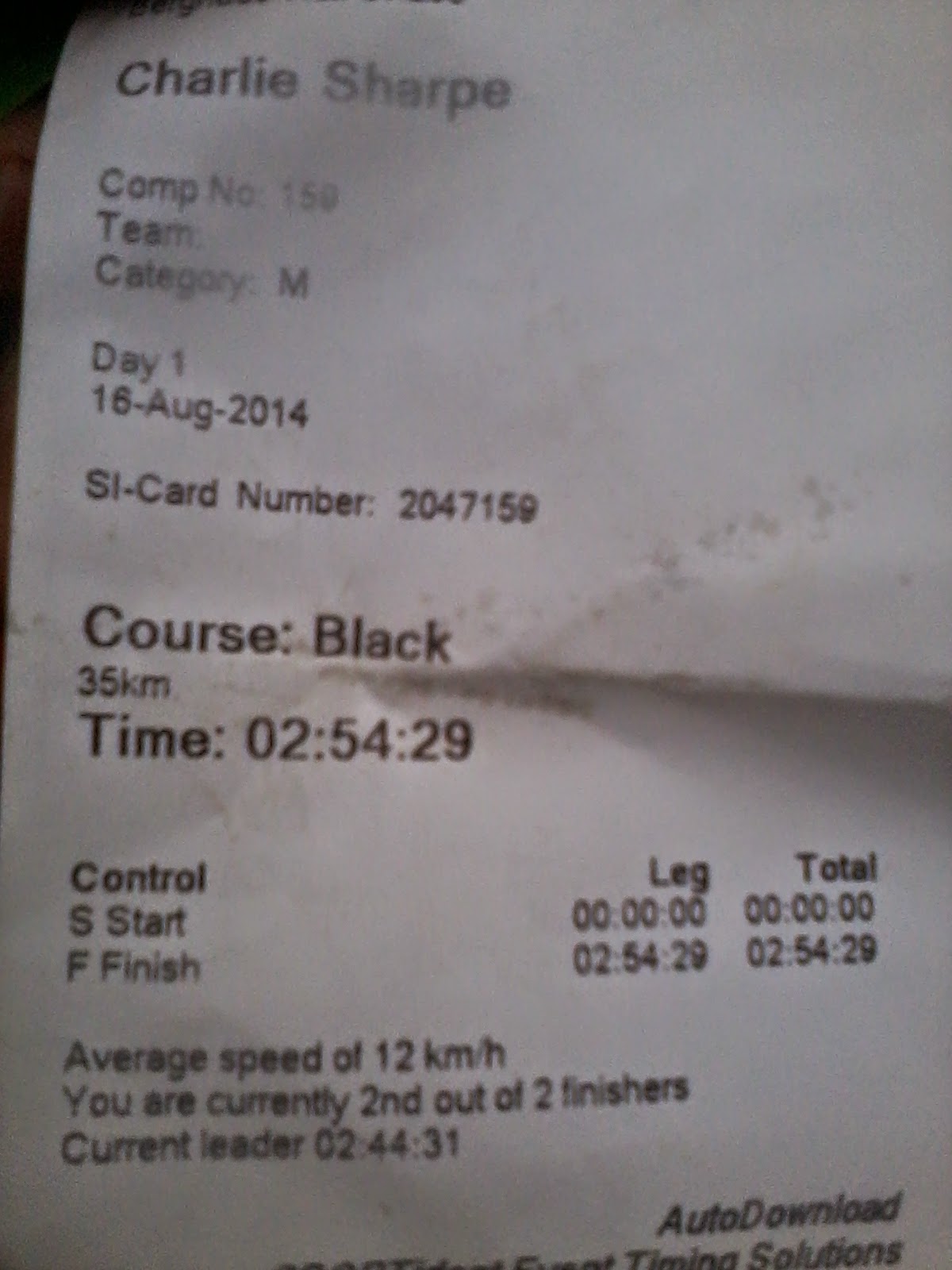 After finishing it was a case of whipping the tent up and recovering for next day for us all. I've had a bit of practice recently with the multi day recovery from Spain and lots of back to back trail marathons and long runs in the past few months so to be honest this was pretty short for me and one of my lowest mileage weekends for a while but it had a good bit of intensity keeping up with these fast ones! 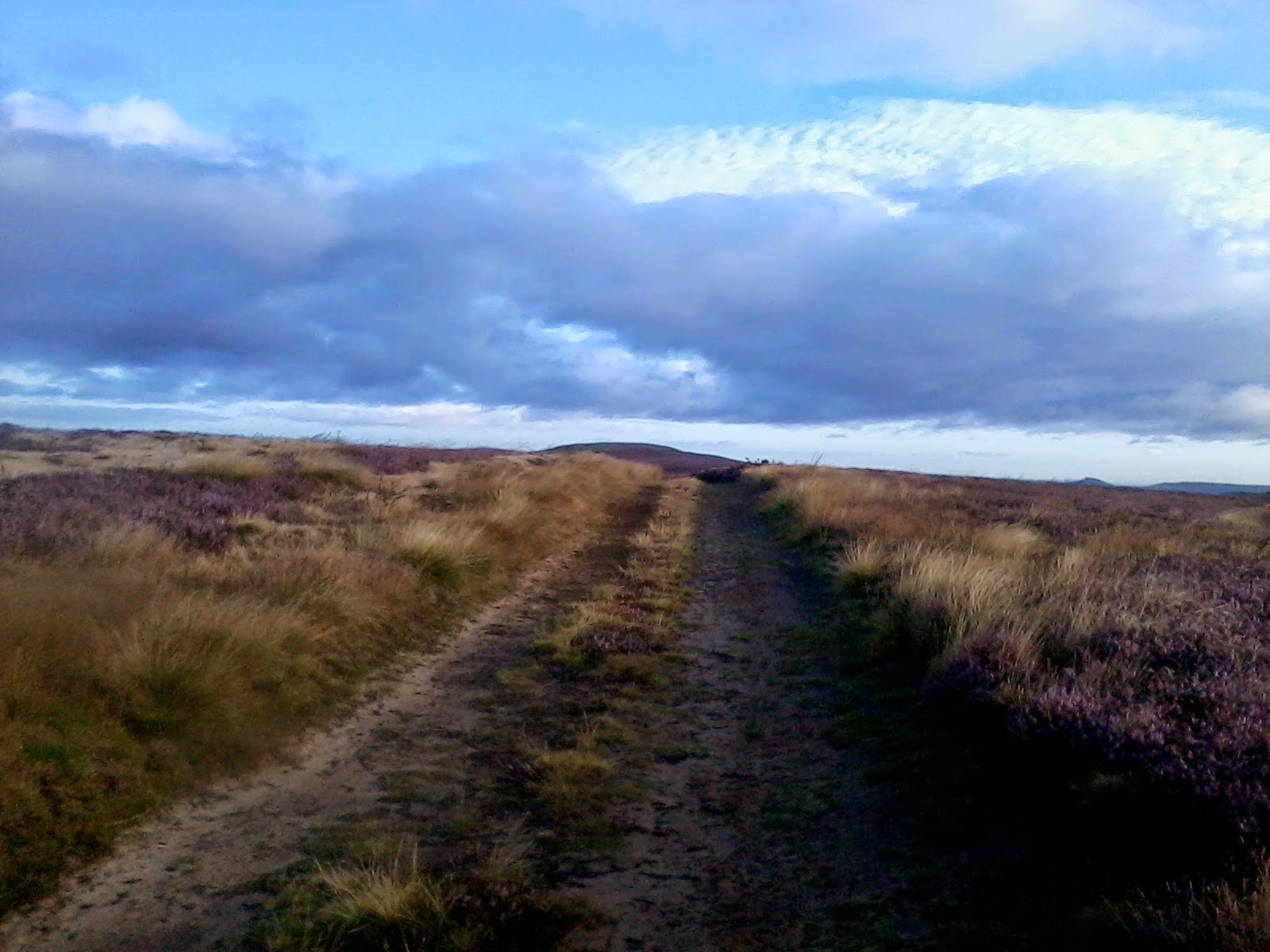 In the AAUT I had stuck to breakfast 9bars x2 for breaki so I went with the same for today, besides it was only 13 miles so pace would be quite high and the 7.10am start felt a bit early for a cooked breakfast! Despite not having to prepare breakfast and simply just open and eat I still managed to dordle about enough to be late for my start! The Chase part of the name is due to the fact that runners set off on day 2, in the order they finished on day 1 and with a time delay too! So first runner start at 7am, me in 2nd 10 mins behind started at 7,10 (well a minute or 2 later oops) then 3rd starts 14 minutes after me and so on....

Cool idea but a 10 minute gap or a 14 minute gap is a minute or mile or more to make up on only 13 miles on what was really good fast tracks with a few short sharp climbs. I think it would have been great fun mid pack with more runners close together or if the distances were reversed. So the 13 mile the day 1 would mean the gaps would be smaller and the longer 21 mile on day 2 so there is more time to pull those gaps back for runners. Also in 21 miles it's long enough to notice a bit of fatigue and make for some exciting chases towards the end! Maybe it's only me that thinks that, I had a fantastic weekend and race as it was, to me that would make it more exciting. The only problem with a chasing start is that runners nearer the tail end may be a bit disheartened if they focused on the leader nearly finished when they are setting off... Although they do get a lie in and I think the key is to focus on the runners near you time wise instead. 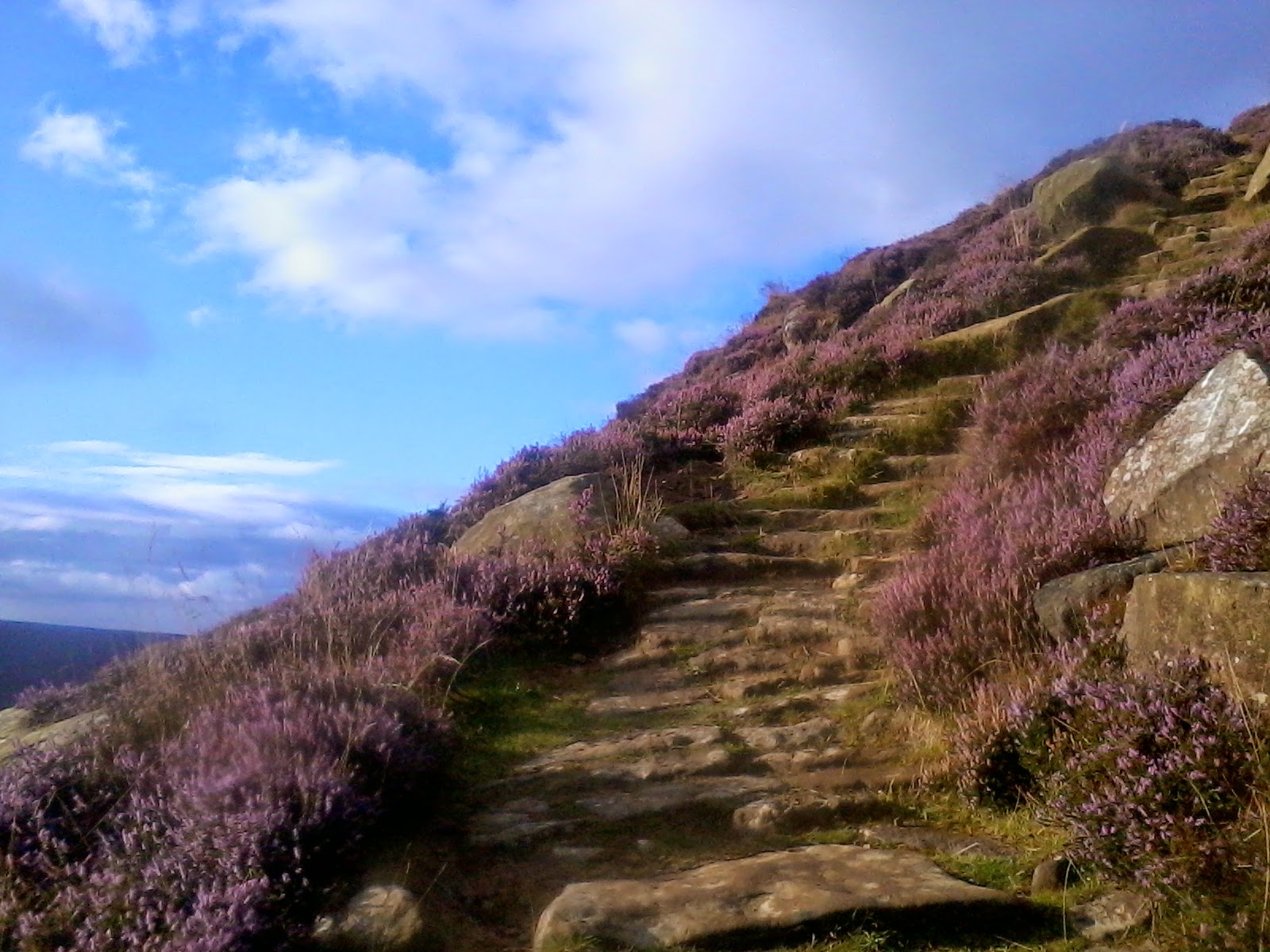 Day 2 was much more enjoyable route than day 1 to me personally, just seemed more varied and it was great following the line of hills along. The route set off gradually uphill and onto the Cleveland Way which I believe features in the Hardmoors races somewhat (not done any of those events yet. Maybe next year?) I managed to trip in a hole on day one which I didn't see as it was whilst following the track through ferns so despite the legs feeling fresh and no noticeable aches I was just a bit cautious initially to check all was ok which it was. I snapped a couple of piccies. The purple hills went by quite quick and it wasn't long before I was nearing the end. I glanced at the watch just as I was heading towards a hill to see the distance... 19km... hmmmm I thought 'worse case' scenario is we run up and over that hill, 'best case' is we turn right before it and go down the valley and a medium option would be skirting around the hill with a little climb, although I wasn't expecting to catch 1st place I knew there is always a chance someone can run off course or take a tumble so whilst I wouldn't wish it on anyone I kept the pace on hoping we might get one more good climb where I might be able to pull some time back. After a very fast descent we took a right turn down the valley and I was flying, suddenly around a bend the flags for our route were now accompanied by blue and red flags indicating the point where the 3 courses shared the last mile or so back to the finish (I knew roughly the distance from a peek at the map at registration) so I pushed on down and got a glimpse of the marquee at the end and kept the pace on all the way to the line. Duncan had been back about 10 mins so didn't gain any time on me on the 2nd day but held tight at the front end.  There was a tasty veggie meal and piece of cake for finishers, luckily I smuggled some beef jerky in my car too haha. 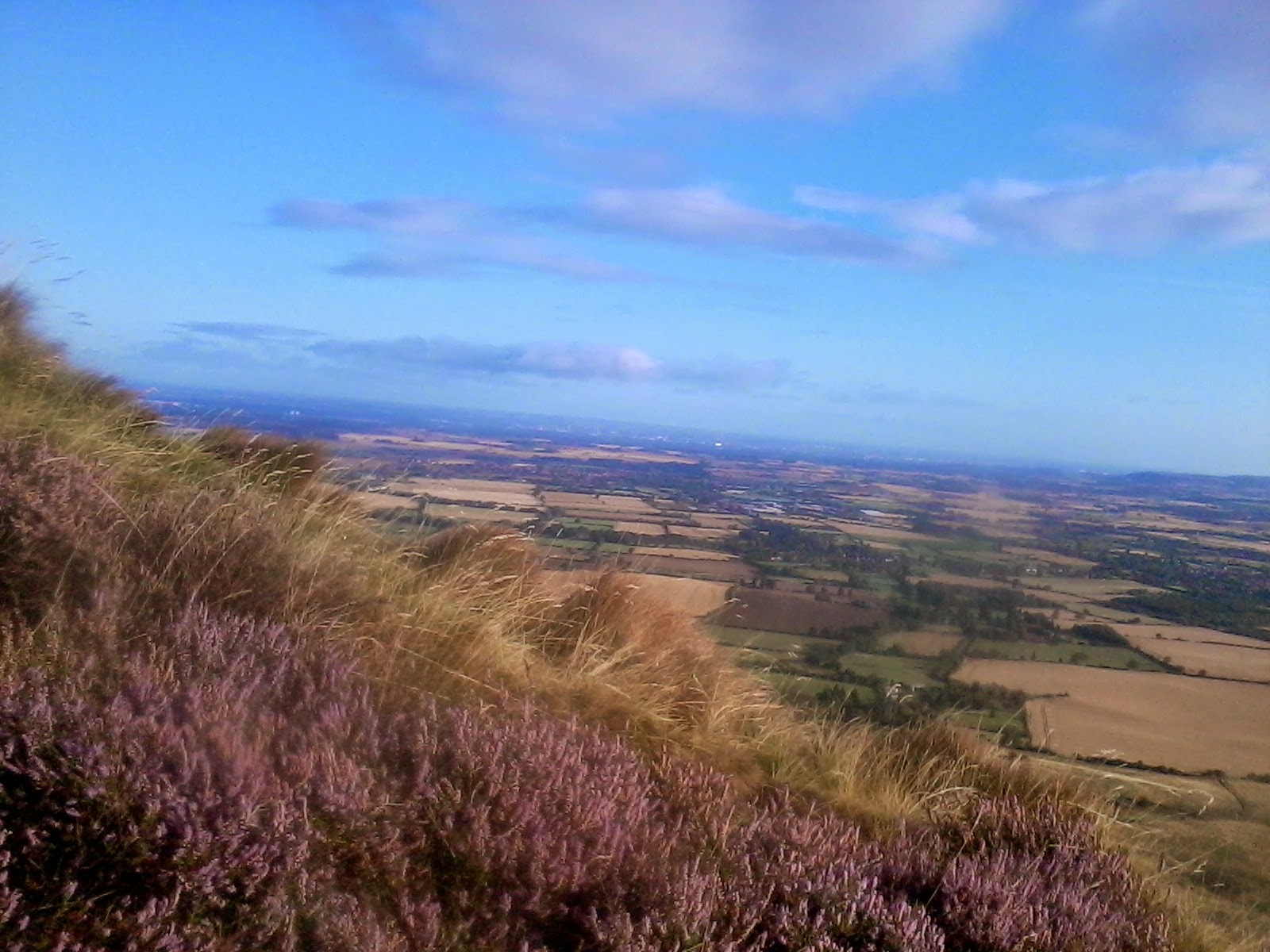 There were some impressive runs all round for many this was the longest they'd run in a weekend and for some it was the chance to race hard and get a great introduction to multi day trail  running events which is fantastic! Being a variety of distances well marked and organised also makes it accessible to most, so definitely one to look out for next year! 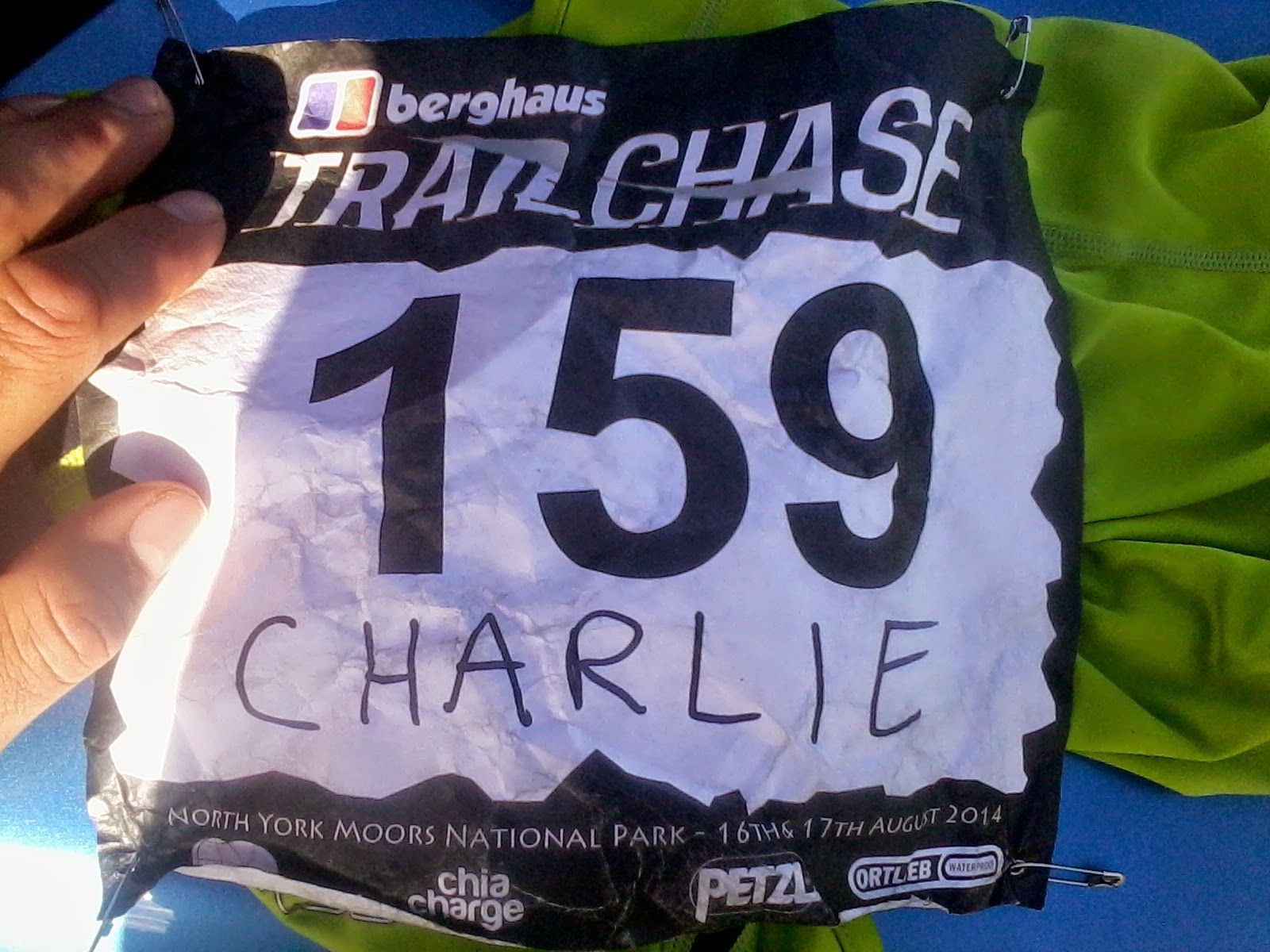 Thanks to all the extremely helpful marshals and well done on the organisation! For me it was great to do something a bit different rather than knock out long runs every weekend! Nice wooden engraved trophies too! I think a medal would be nice for next time too and showers at the overnight camp so I could wash my hair would be perfect or is that just me being a bit of a diva? ;) 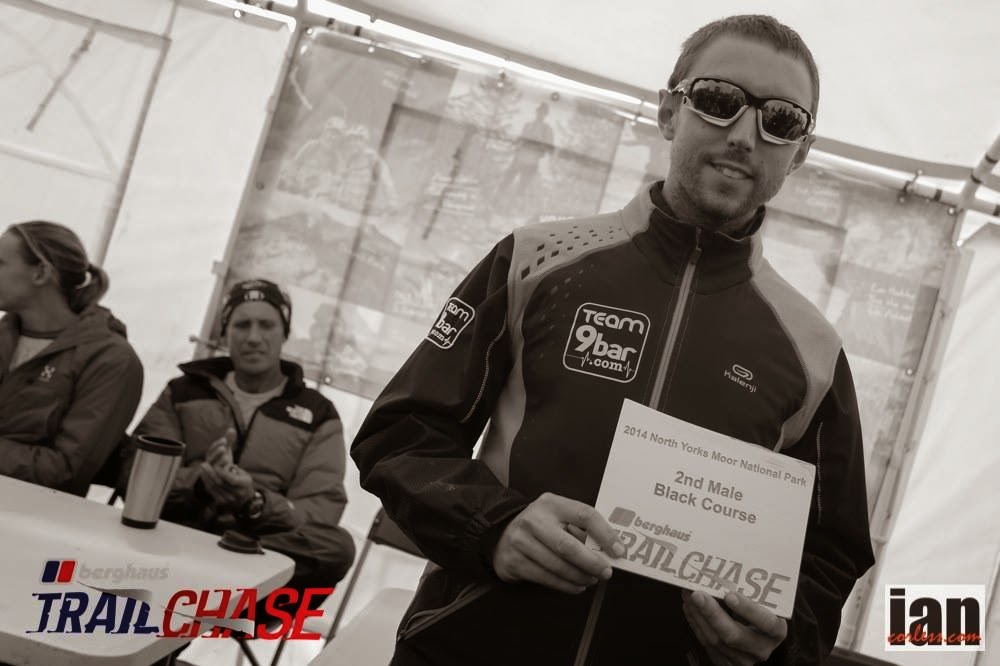 Posted by Charlie Thatruns at 20:47