Another fantastic Beyond Marathon event which was in its second running this year. The route is on the edge of the Peak District and links the train stations on Kidsgrove to Disley, 35 mile linear route, that seems to take in everything resembling a hill between the two points. Mow Cop, The Cloud, Wincle Minn, Croker Hill, Tegg's Nose, Kerridge Hill and Sponds Hill before dropping through Lyme Country Park and into Disley. There were 3 checkpoints and about 5 self clips between those.

There were some last minute places going about 2 weeks ago so I got a transferred place. I'd been out in Switzerland for a week hitting just over 100 miles with about 8000m of ascent over the days I ran but was feeling great and quite fancied the run! It's a similar thing to the Sandstone Trail over towards the other side of Cheshire. On the whole the route was easy enough to follow - if you were looking out for markers, the most difficult bits were if you came into a farm yard for example and there were multiple paths in a similar direction. Nothing too technical although I managed to overshoot a turning and ran back adding a measly 1 km to the distance. I hadn't recced the route although in 2013 I helped out at checkpoints and had run a few miles of the route also I'd passed by a few of the areas in other races around the area, so a couple of parts looked familiar.

An early start to drive to the finish in Disley where we registered, parked and where the post race feast was. A coach to the start for runners arriving about 8am and then there was a short time for people to get ready and warm up starting at 8.33. I ran a couple of km along the canal path we would start on and then there was a quick briefing before the off. Lots of friendly faces around and the perfect clear, sunny morning helped charge everyone up. 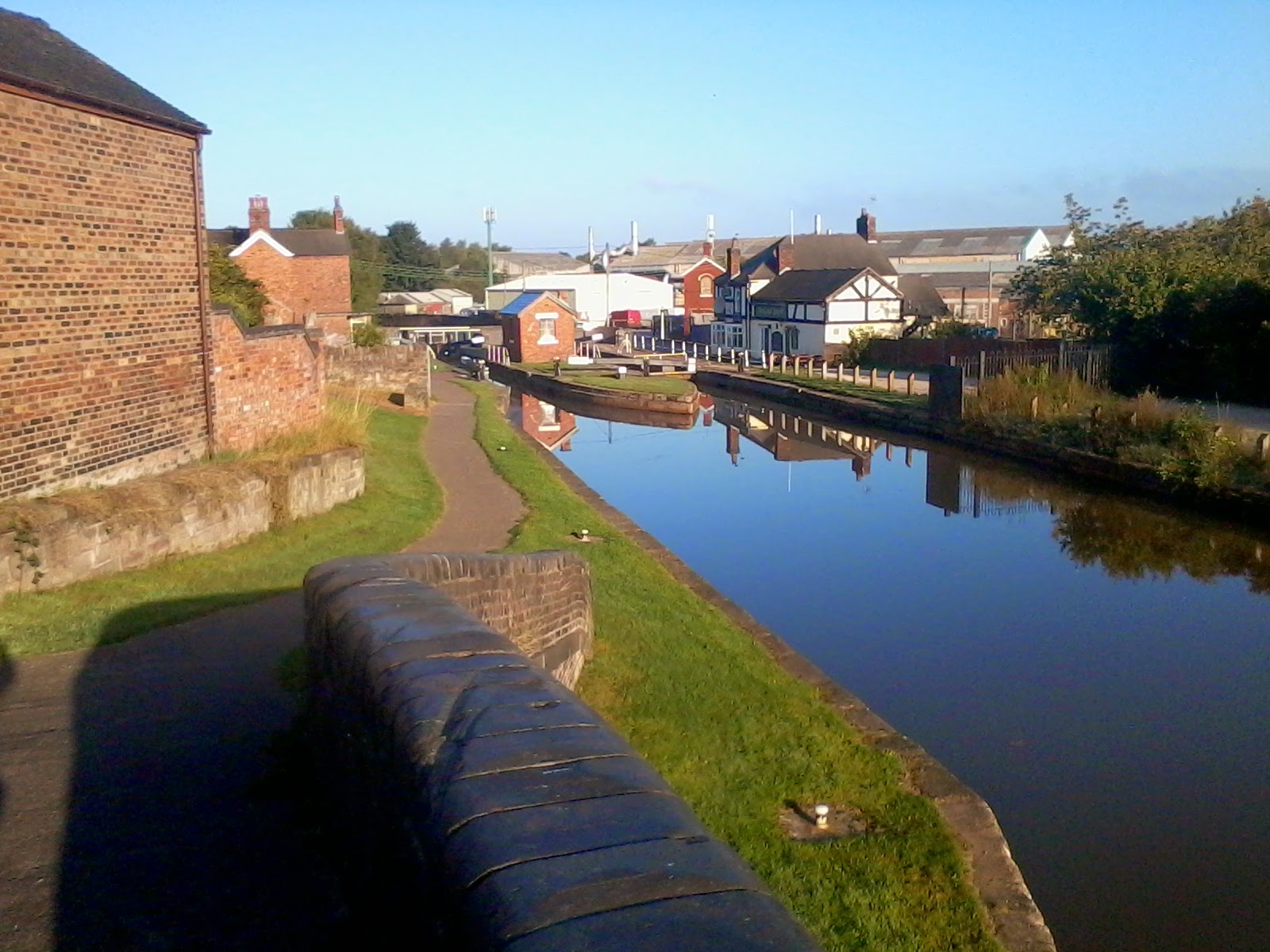 I set out at the front at about 4 min kms for the first 4km which was canal path, I could hear a set of foot steps behind so chatted to a guy Damien who seemed to be breathing very hard for the start of an ultra, we had a bit of broken conversation until the gradual first climb up Mow Cop which was fine apart from a cow that was in the single track path between two fences, I tried shoving it out of the way but it didn't really have anywhere to go so rather than mount it and risk getting DQ'd for getting assistance I slid under the fence and ran around in the field before rejoining the path, that was the last I heard off any other runners today. 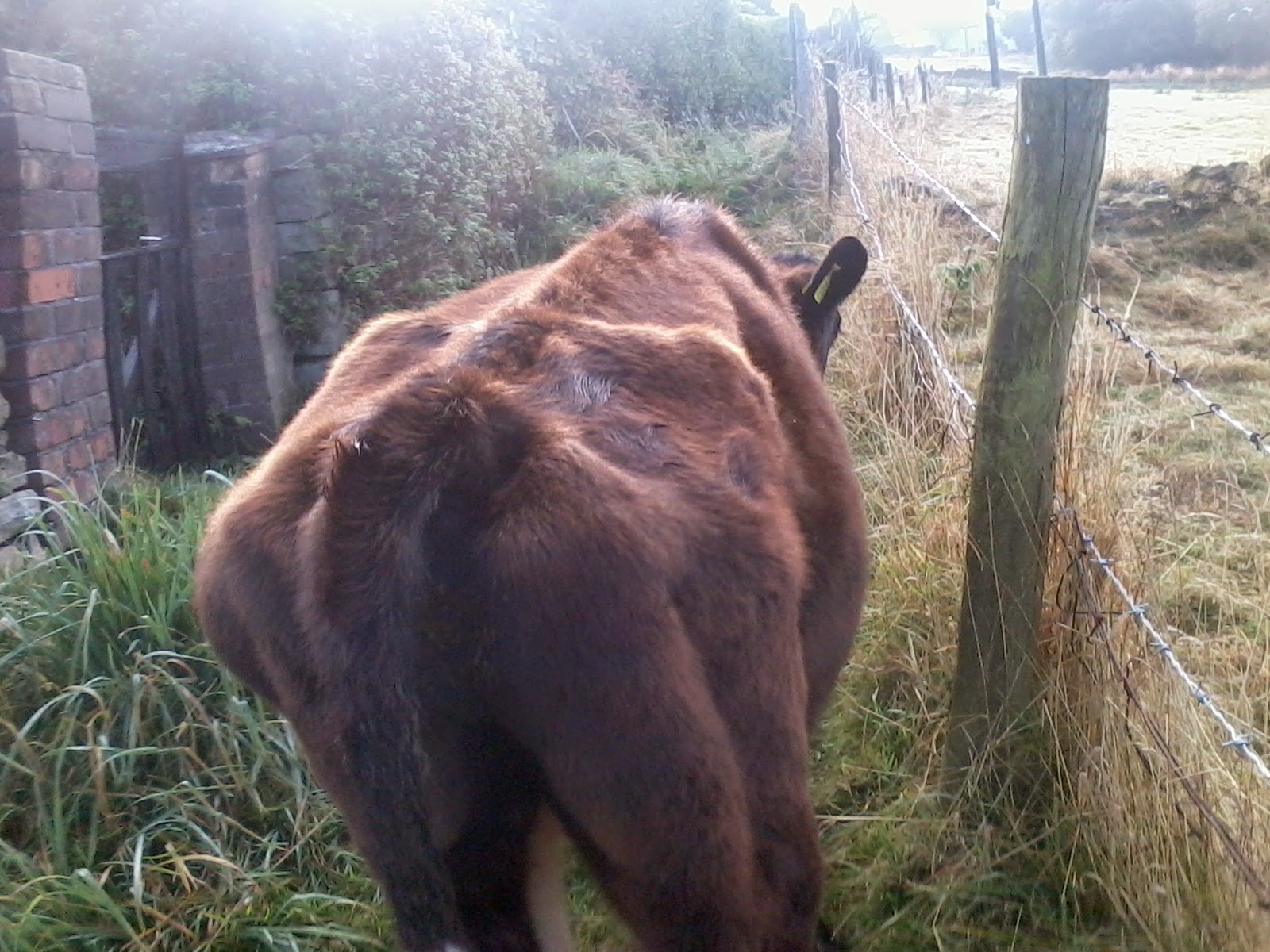 Fantastic running along after Mow Cop, I was enjoying the trail and could see I was approaching the Cloud quite quickly. I recognised this section having run the Cloud 9 fell race route one day a few years ago and before I knew it I reached the cp at 9.5 miles in about 1 hour 8mins and 9 minutes clear of a small group 2nd - 5th. I find when I'm looking out for markers and running through new places I don't tend to notice the miles going by especially on such a nice day! Didn't really notice the gradual climb of Wincle Minn and moved well towards the transmitter tower. I looked back to admire the view and two heads moving up the track caught my eye, I was a bit surprised by this and increased the pace off down the descent... I glanced across and saw them clearly... turns out they had helmets on and were on mountain bikes... never mind! I had run a couple of km around the 2nd cp last year whilst cheering on a client of mine who did the race and I recognised where I was and moved well into the cp. I took some water as I'd drank my bottle by now and a few jelly babies and moved on up the next climb. 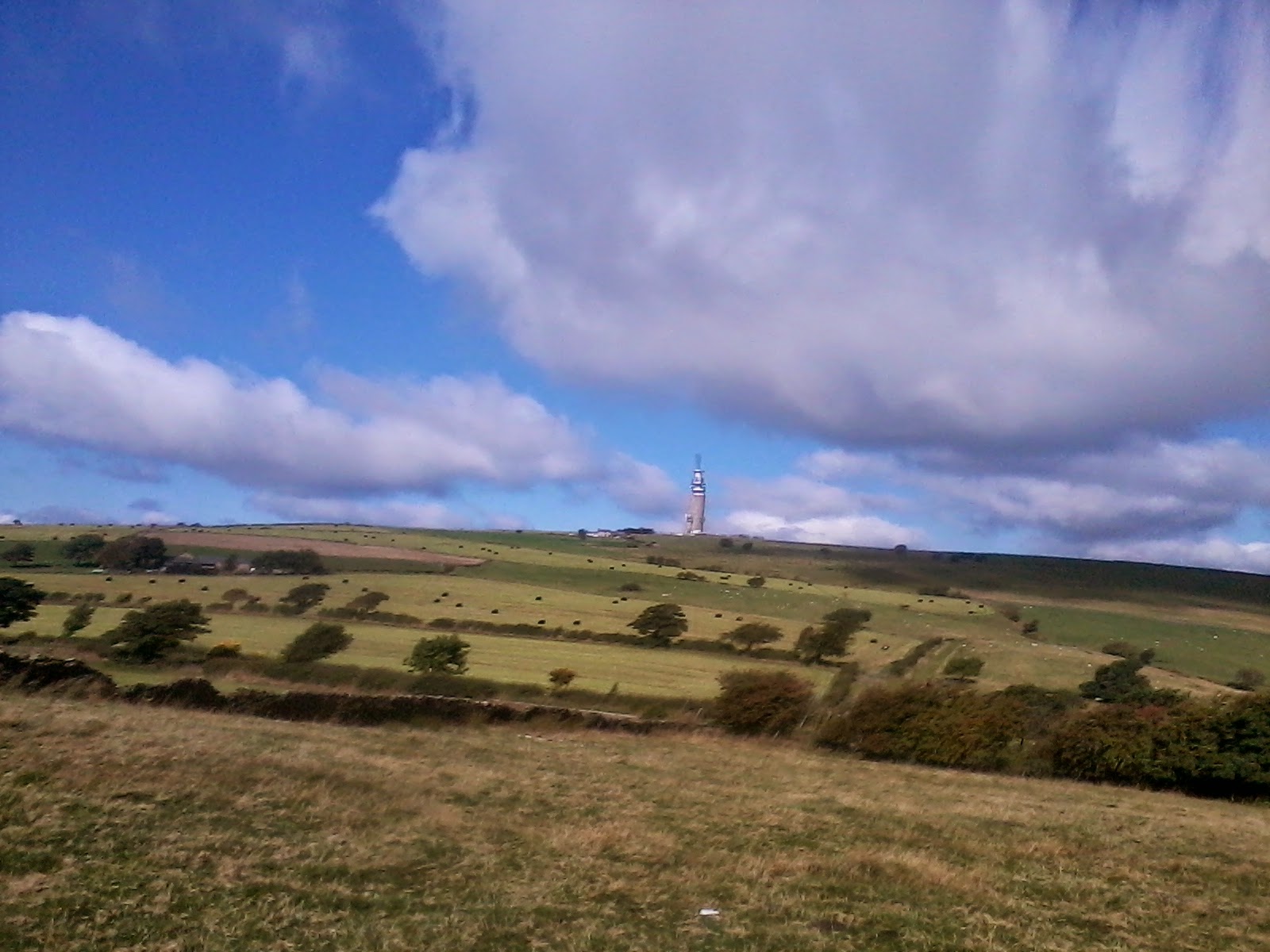 It was quite a fun section as we hit Tegg's Nose which was quite a good climb and lots of amused walkers as to what I was doing. Pretty nice area again and a good descent. I knew the cp wasn't far after Rainow although it was a little further than I expected and I'd forgotten about this ascent. Pretty stiff and I managed to jog it up with some pretty small steps with a small group of walkers passing a few comments on my mental state. 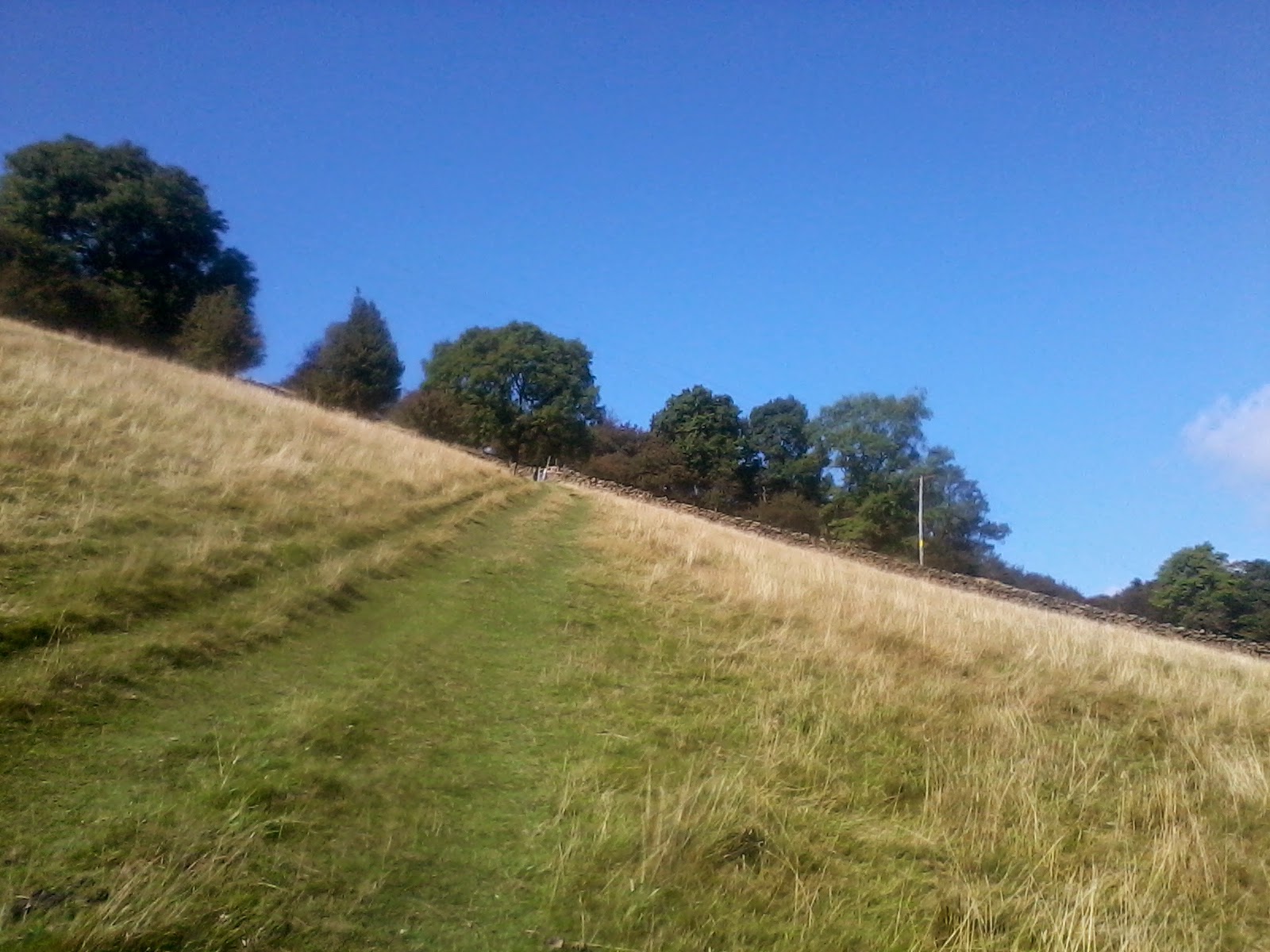 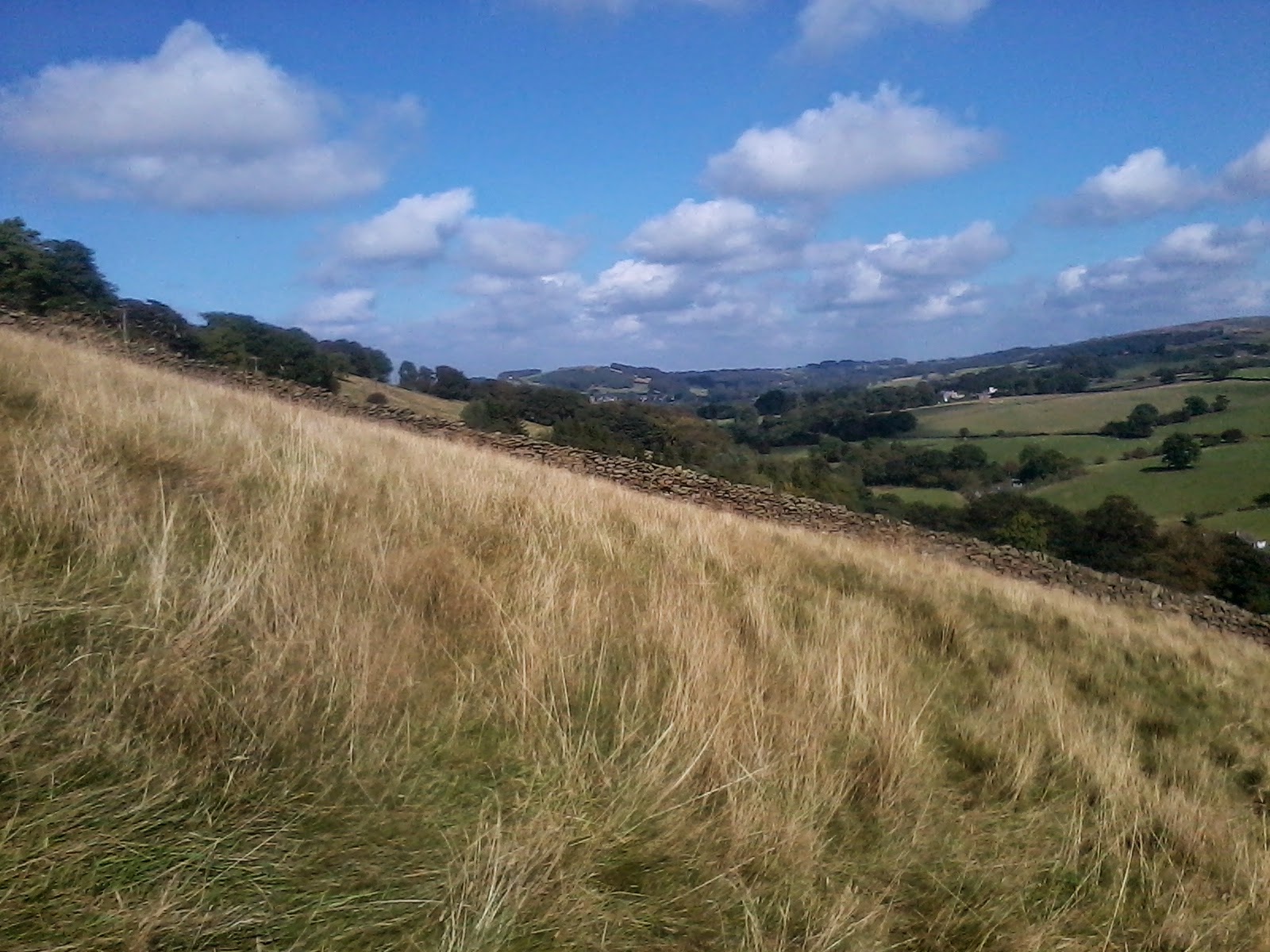 Passing the top of a shooting range was a bit daunting so I kept my head down and before long reached this big white thing, The White Nancy. After that a couple of undulations and I glanced at the watch to see what kind of time I'd be in for. I'd expected anything upto 5 hours and thought with 3 km to go I had plenty of time to reach the end in about 4.56ish .. as the kms passed what I'd expected them to I thought about the little out and back I did earlier that added me some distance and upped the pace even further to try and get sub 5..... 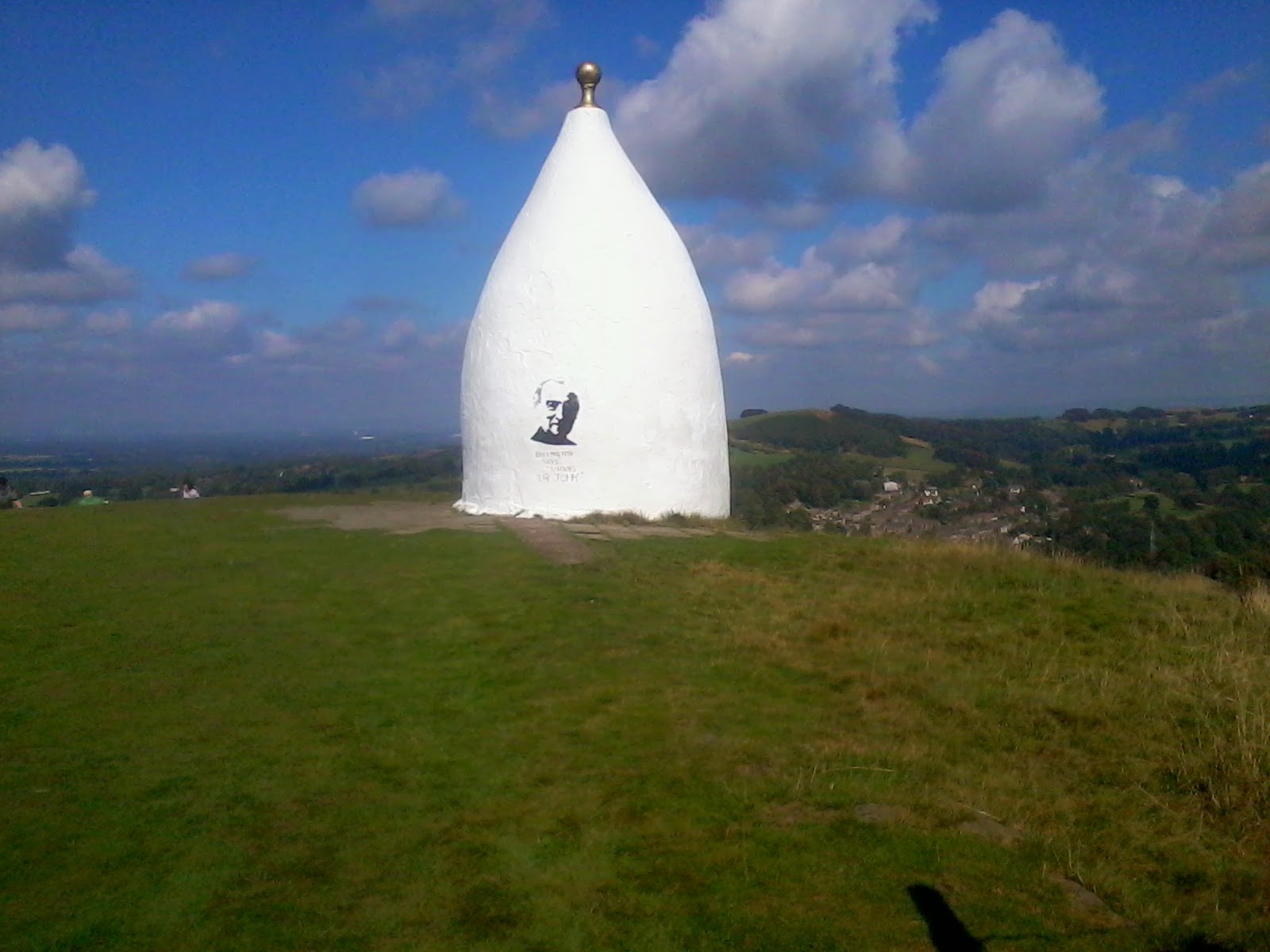 I rolled in 5 hours 1 minute... not seen the official results yet but it was almost 1 hour ahead of a group of 3 that came in joint 2nd and I was 14 mins under the course record. Some good performances all around on a surprisingly challenging course and a warm day. Post race involved laying in the sun all afternoon tucking into a fantastic post race food spread with lots of fruit! 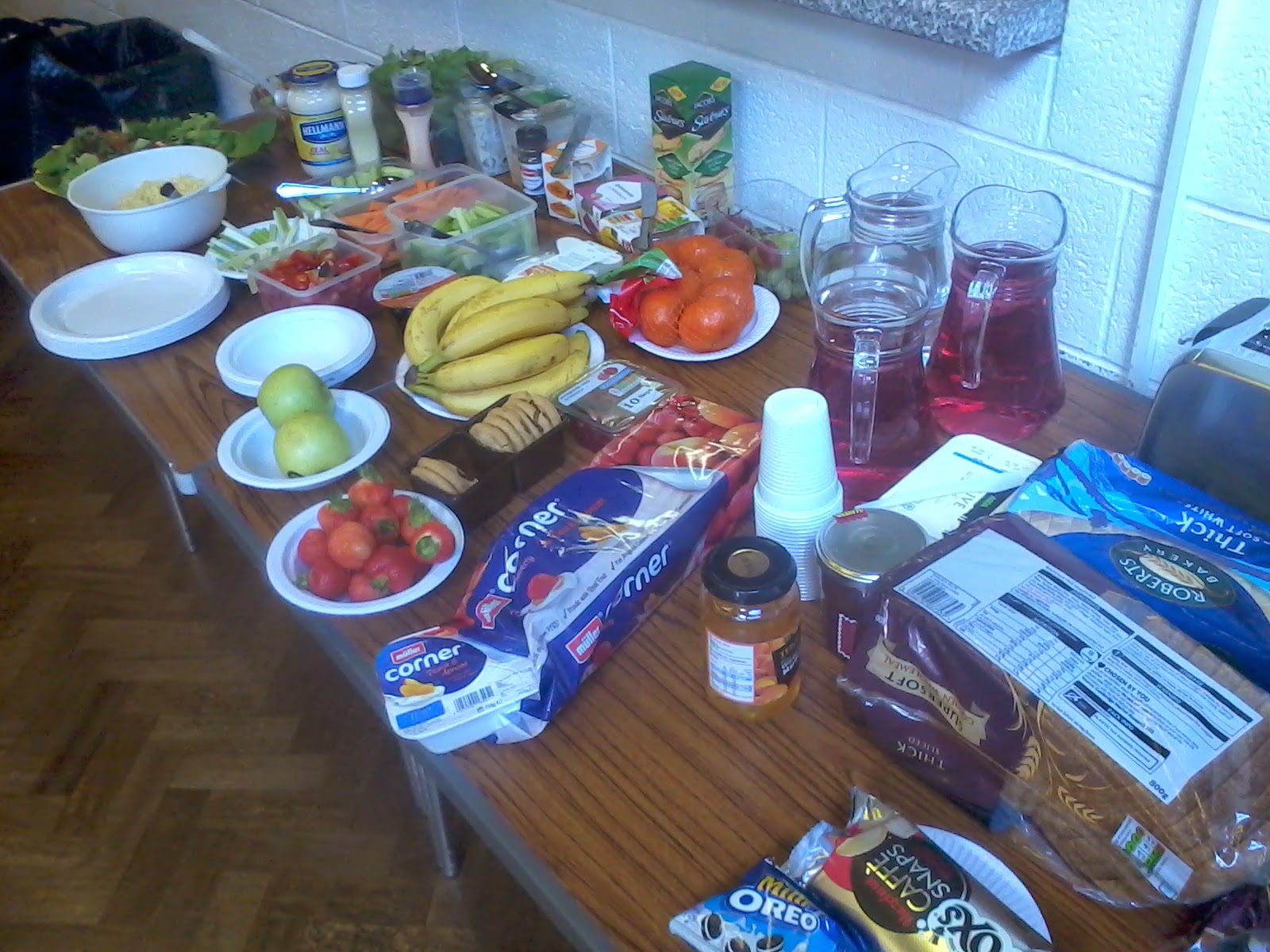 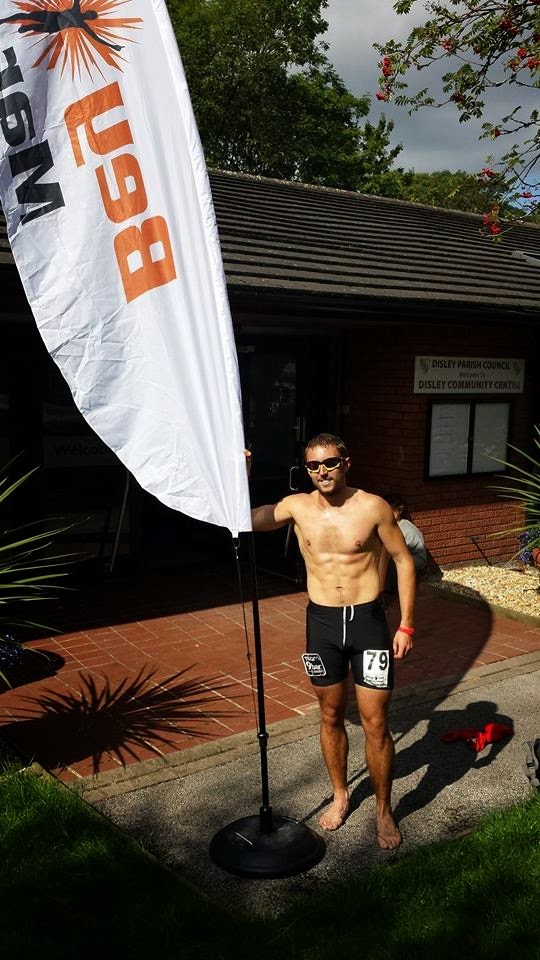 As always a perfectly organised event and at £18 entry fee, probably cheaper than staying at home!
Look out for the Double or Nothing race in a couple of weeks!