Anglesey has some great sections of coastal path and the Endurance Life Coastal Trail series stops by in January to take in some of the trails Holyhead has to offer. There are 4 different distances to suit all the family (or just a bunch of your running mates?) The ultra is 33 miles, basically you do the marathon course then the 10k course at the end, some said it was tough running past the finish and having to go out again for the last bit but we were told in the briefing and was there on the course map so it wasn't such a surprise.

Organisation and course marking was all great! Signs everywhere it would have been difficult to get lost if you were paying attention, the only issue I had was towards the last couple of miles. All 4 events share the same final few miles so there was a fair bit of traffic on the narrow single track up over Holyhead 'Mountain' (it's only 220m high but it is called the mountain!) 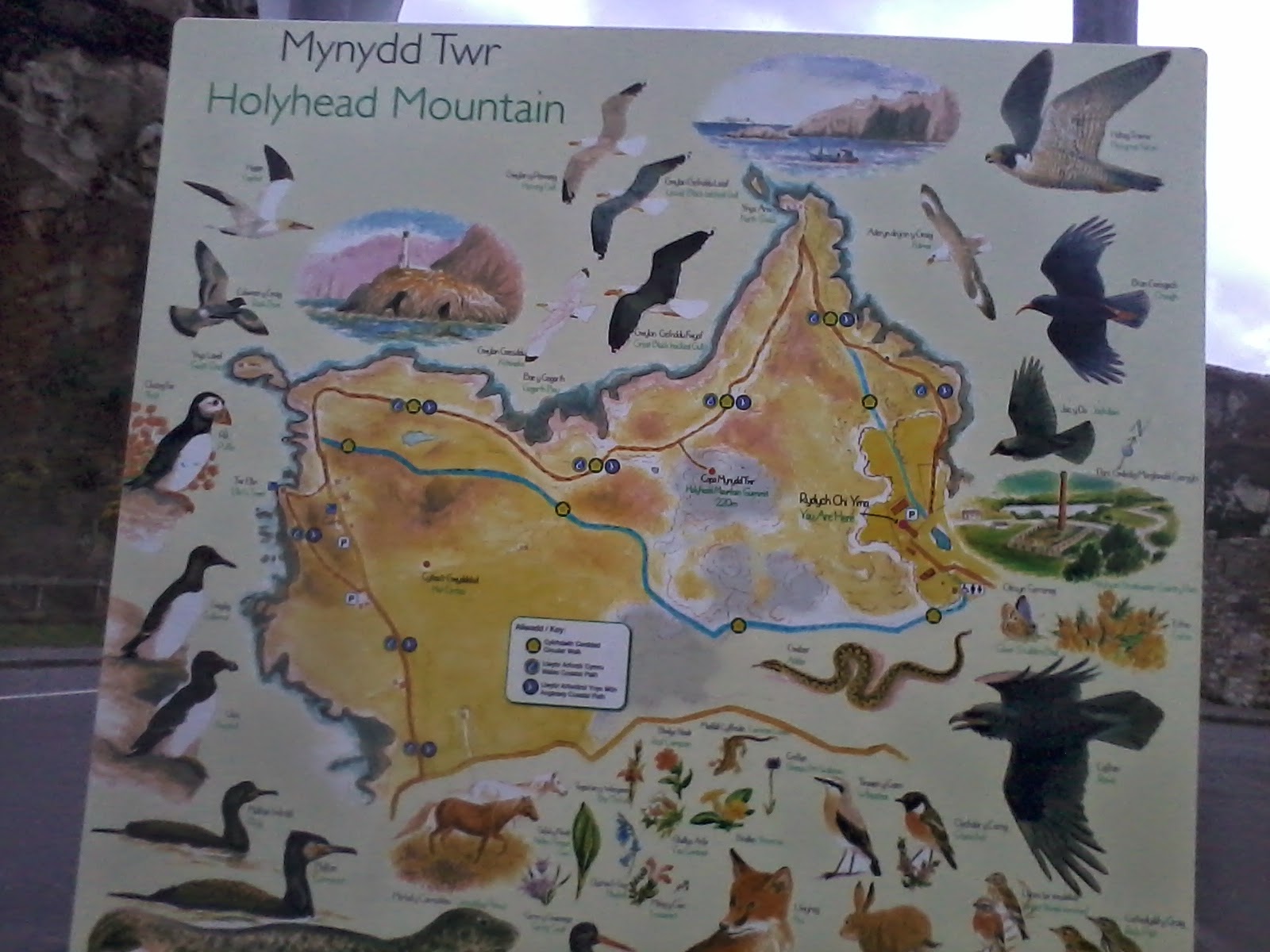 I was lucky enough to get a transferred place as someone I knew had dropped out, I thought it would be a good opportunity to get a long run in although I was not planning on wrecking my legs for a few more weeks yet. I had a look at the route profile and then compared it to a couple of similar races I've done before (Gritstone Grind 35 mile 1800m ascent in 5hr 1 min, Hardmoors 30mile 800m ascent a bit muddy, in 4 hr 5 min) This gave me a rough estimate of 4 hour 30 for the ultra depending on the conditions as it was 33 mile with just over 1000m ascent at a comfortable pace.

The race started out at 8.30 which meant a reasonably early start for those travelling in, I had been in Snowdonia the day before so it was only 30 mins in the car on the day. Usual pre race routine 2 breakfast 9bars as I got in the car and about a litre of water before the race since waking up.

On the start I set out at the front and there was a group of 4 of us running pretty much together which split into 2 guys off at the front and myself and another guy a minute or so behind. We chatted away for a few miles and we got to the 2nd CP and suddenly were all together again. Soon the 3 guys then moved ahead a little bit over the next couple of miles and I was sat behind but still within sight of them, by the 3rd CP around 15ish miles, we'd split back into two pairs again and there was about 4 minutes between us and the front 2. The chap I was running with seemed to start slowing so I moved on ahead and gradually began to reel in the front two towards the 4th CP around 21 miles.

A couple of minutes after the CP there was a few wet fields to get through and I felt great so just moved into the lead and led us on towards the mountain again. As we ascended 3rd place dropped back further. The descent down to the finish area was great fun, rocky trail, I loved it, passing through the start line and marathon finish just over 3 hours 25 min again and onto the last 10k lap.

I kept the pace just quick enough so that I stayed in the lead but 2nd place was close by, I was feeling great and after keeping a comfortable pace for the majority of the race up to now I was confident I could hold off any finishing kicks as we made the way up and over the mountain one final time. This time there were quite a few runners from the shorter distances on the track so it made it a little slower but most were in good spirits and seemed to be enjoying themselves, great that so many different runners can get out and enjoy the day! I had opened a small gap by the top and said a goodbye to the marshal at the 'summit' before going hard on the last descent to the finish. 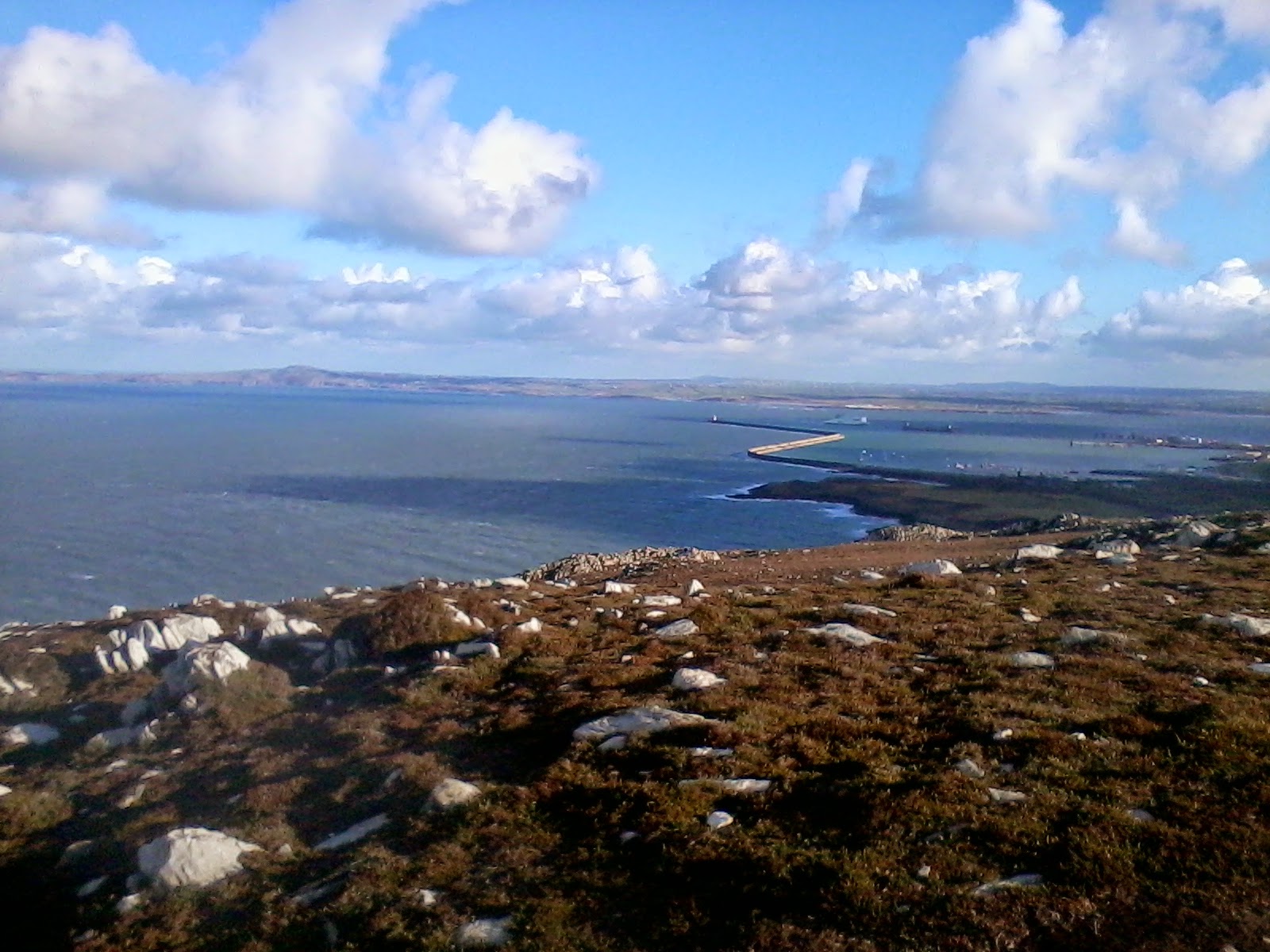 The front 3 of each race were kit checked. 2nd place and myself were kit checked together and we were both OK'd, though for some reason on the actual medal presentation there was some sort of mix up and 2nd place was marked as missing his phone (which he had) hopefully that gets sorted out.

In all I enjoyed the course, a few miles on the road in the middle, a bit of rocky trail and some fields thrown in too. I'd definitely think about doing one of the other CTS events in the future if it worked in to my plans! Coming from the roads you might find a few tricky spots but if you're out on the trails more it should be just up your street.
Yes there was actually some blue sky too!

Posted by Charlie Thatruns at 21:43